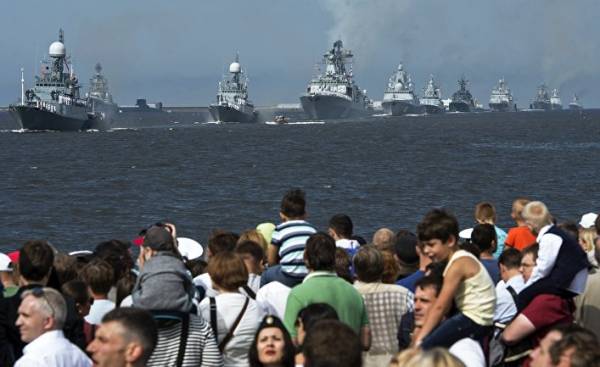 Alexander Polunin is one of those lucky people who had the honor to see President Vladimir Putin’s close during the parade on the day of the Navy of Russia on July 30.

“We gave the President the honour when he was made a congratulatory speech on the embankment”, — proudly said Alexander, hugging wife, Olga.

Alexander readily agreed to interview with a foreign journalist, but it quickly became clear that one Sunday afternoon we can not change each other’s views.

“We are not threatening anyone, but we have the right to defend themselves when we see how NATO all the time close to our borders,” said Alexander.

“We are also anxiously look at how fascism and Nazism continue to raise its head in the Baltic States and many European countries. We cannot accept that, because we freed Europe from fascism”, he continued his lecture.

Then I asked Alexander where he learned that fascism once again began to admire in the Baltic States and Europe.

“This is constantly in the news. For example, we see, as in the Baltic admire the heritage of the Waffen-SS and even their respective parades. This is a cause for concern,” he said.

When I made a counterargument that, in my opinion, Russian television propaganda in all news stories and misrepresented in the Western countries, the officer thought for a moment. However, he has not changed his views.

Then Alexander said that the parade of the Russian fleet is not a demonstration of threats and no intimidation of neighboring countries, because “Russian soldiers have never been the aggressors.”

What about the Molotov-Ribbentrop Pact and the secret protocols, telling that the USSR collaborated with Germany and the Baltic States and Finland entered the sphere of interests of the USSR?

“This Treaty is interpreted in the West is incorrect. In addition, Russia has opened all its wartime archives. Why did the United States, Germany and other European countries don’t do the same? Need to ask why,” retorted Alexander.

I asked Alexander about the Winter war, that he suddenly started talking about, for example, the recent accession of Crimea “as the result of the referendum” and the war in Eastern Ukraine as “an internal conflict in Ukraine.”

I explained to Alexander that if now I will write the article for the Finnish readers that “Russian soldiers have never been the aggressors”, all have personal experience of their families, will be able to say that it is not.

“Yes, it was necessary. The border was too close to Leningrad,” replied Alexander. It was the only time he even slightly changed their views.

All the time of the interview his wife Olga stood next to, and past we were always curious residents of St. Petersburg. Everyone wanted to take a picture with Alexander, and he gladly agreed to pose.

“Do You understand that we, the neighbouring country is a constant demonstration of the power of Russia is very worried?” I asked Alexander.

“Listen to our President Vladimir Putin. He does not threaten anyone, he is always ready to dialogue with everyone. It is a pity that Western politicians do not understand, — said Alexander. — We are now seeing in the U.S. wrongly attacked the President of Donald trump (Donald Trump), even though he just genuinely wanted to improve relations with Russia.”

On that note, I thanked Alexander and Olga for the interview and wished them a good continuation of the holiday. Alexander friendly said goodbye and continued to be photographed with passers-by. 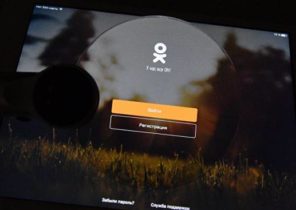