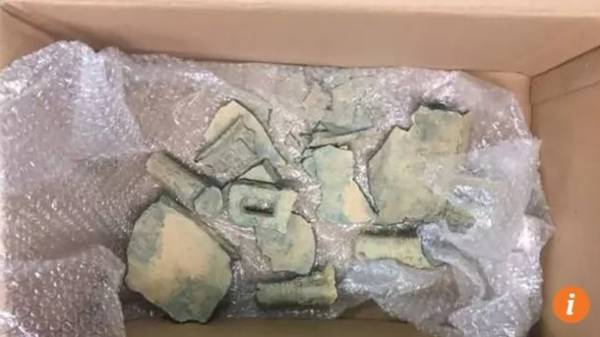 In China, with the courier mail broke an antique bronze cauldron with about three thousand years and cost almost a million dollars, who its previous owner was sent to the buyer.

A precious object belonging to the Zhou dynasty (1046 BC – 256 BC), belonged to a resident of Hunan province and was kept in his family for several generations. He recently agreed to sell its antiquities collector from Shenzhen for 6.8 million yuan (about one million dollars) and sent the pot to the buyer by courier mail, reports the South China Morning Post.

According to the seller, he paid for shipping about 900 yuan (about $ 150) and asked a courier company to handle the package carefully. However, upon receipt of the goods revealed that the boiler is broken into pieces.

The courier company took full responsibility for the incident, but agreed to pay the owner of the boiler compensation only in the amount of 30 thousand yuan (about five thousand dollars).

Earlier it was reported that in the Paris art dealer when riding in a taxi forgot in the trunk of a car painting cost 1.5 million euros.