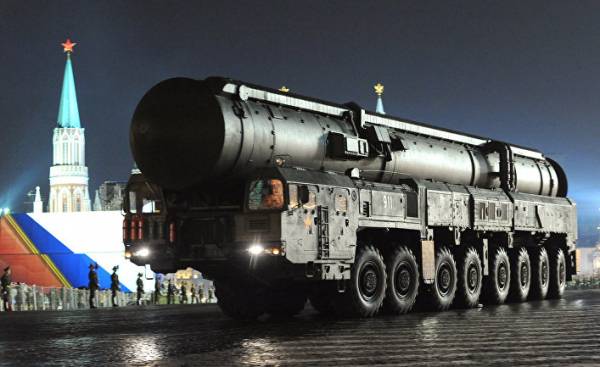 Russian media recently announced that a new Intercontinental missile RS-28 “Sarmat” will be able to overcome even the most effective system for the us missile defense. But as they are right? Russia argues that the heavy ICBMs that is created in the framework of the modernization of strategic nuclear forces could destroy the area “the size of Kansas or France.” Perhaps they mean the fact that this missile can deliver a warhead to the target is not on the traditional path through the North pole, and on the new route — via the South pole. Maybe it’s typical for the Russian game to the public in an attempt to intimidate others. Although RS-28 will undoubtedly forced American military strategists to think about nuclear modernization, the U.S. government due to such exaggerations are unlikely to rush to escape nuclear bomb shelter.

For a start, the American system of long-range detection of missiles not blind and I can see them approaching from the South, because the U.S. on the East and West coast radar that provides an overview of up to 5,500 kilometers South of North America. In addition, the United States has an effective early warning system space-based that detect missile launches. The Russians will not be able to strike a sudden blow, destroying American missiles on the ground and decapitating the bodies of the political leadership. In any case, the United States in the sea there is always a sufficient number of submarines with ballistic missiles, which are able to deliver a crushing retaliatory strike.

The Russians claim that their aim is to overcome us missile defense. But in this case there is no need to launch rockets in a roundabout way through the South pole, because the American missile defense designed to protect against limited nuclear attacks by these renegades like North Korea, and possibly in the future, and Iran. In the system of national missile defense is only 30 missiles-ground-based interceptors, which are placed in Alaska and California, and have very questionable efficacy. They will not be able to disrupt a massive nuclear missile attack Russia. It is therefore very strange that the Russians are developing a heavy ICBM, to overcome almost non-existent. This suggests that they have no clear logical justification for the deployment of such weapons. As noted by my colleague Rod Lyon (Rod Lyon), this missile creates the dynamics of destabilization that would force the Russians in a crisis to strike first.

The real value of the RS-28 “Sarmat” is the impact that it will have on the debate on modernizing U.S. nuclear forces. Most likely, this missile will enter into service next year, when the administration of the tramp gaining force a debate on the replacement of obsolete U.S. missiles “Minuteman-3”. In characteristic manner, the President, trump tweeted that the U.S. should “significantly strengthen and expand its nuclear potential.” And among American experts there is active debate about the reasonableness of the concept of the use of nuclear missiles after the warning and the appropriateness of land-based ICBMs. It is not clear that trump’s tweet on nuclear potential can mean in the real world of American military planning, not to mention budget allocations. However, the modernization of the Russian nuclear missile forces has a direct impact on American decisions in the field of nuclear policy.

If the United States decides to retain its “triad” consisting of land-based ICBMs, strategic bombers and submarines with ballistic missiles (SSBN), the deployment of the RS-28 can force US to take a new look at mobile land-based missiles, which the last time you spoke in Reagan-era, when it had considered the issue of placement of MX missiles. In the end, the Pentagon can switch to the new version, failed from vulnerable silo-based missiles. The fact that the vulnerability of ICBMs in the mines required the development of the concept of applying a quick retaliation to prevent, to ensure the effectiveness of the us nuclear deterrent. This increases the risk of inadvertent nuclear war, especially due to the fact that persistent development in Russia ICBMs with multiple warheads of individual guidance threatens escalation in the event of a crisis.

In this debate, special attention should be paid to reduce the risk of destruction of one or two components of the nuclear triad (submarines with ballistic missiles basically invulnerable), as well as political leadership and governance systems. With this in mind, it would be easier to use the emerging opportunity to abandon the traditional triad, preferring the two-component structure of nuclear force is invulnerable submarines with ballistic missiles and bombers. It should be borne in mind that at the end of the 2020-ies, the armed forces should begin to receive the bomber Raider 21 in the amount of 100 units. If you get rid of land-based ICBMs, the United States will be able to abandon risky strategy to launch a preemptive strike to prevent, because most of the us nuclear warheads will be in safety on Board submarines, which are to be detected in the sea almost impossible. Further, nuclear bombs can disperse that will also lower their vulnerability. The United States can also take measures to protect the political leadership, and this will further weaken the capacity of RS-28 for applying an effective first strike against the United States.

Eventually, the big Russian missiles will be very little targets for destruction. Paradoxically, the missile complex “Sarmat” can lead to long-overdue changes in U.S. nuclear strategy and in the structure of nuclear forces. This will strengthen the deterrent force of the United States, and the Russian strategic missile forces will become less effective. 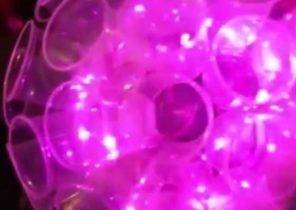 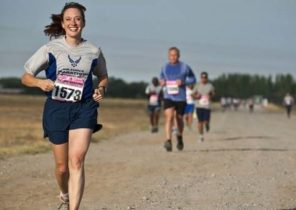