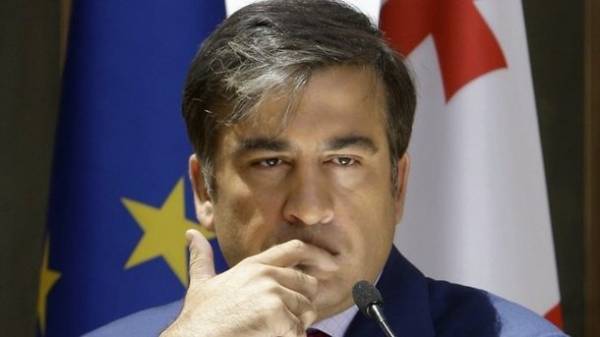 The former head of the Odessa region Mikheil Saakashvili in obtaining Ukrainian citizenship was agreed that he could lose it in case of providing false data about yourself. This is stated in a statement published on the Facebook page the people’s Deputy Vladimir Aryev.

The MP noted that Saakashvili signed the order that he is not under investigation by other States.

“On political grounds of loss Saakashvili Ukrainian citizenship to argue. But in respect to legal doubts is not present. When you apply for citizenship, Saakashvili himself signed the order, conscious of the possibility of loss of citizenship by providing false information in accordance with the law of Ukraine “On citizenship”. If then, in 2015, he wrote in the questionnaire honestly and the nationality would have received, and now the reason for losses is not given”, – Aryev wrote and added that the signature is genuine. 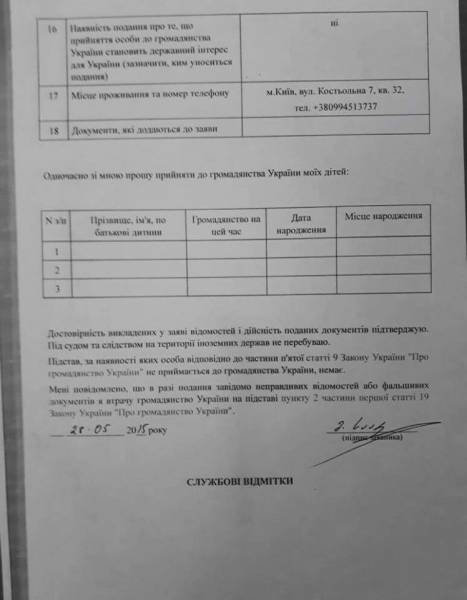 Recall, 2 August 2014, Tbilisi city court satisfied the petition of the prosecutors office and elected in absentia preliminary conclusion for ex-President Saakashvili and former Minister of justice Zurab Adeishvili and former defense Minister David Kezerashvili, who are accused of abuse of power.

In the winter of 2015 the Chief Prosecutor’s office of Georgia appealed to the Ukrainian side with a request to give them the former Georgian leader. There noted that Saakashvili and several former politicians charged and they wanted.