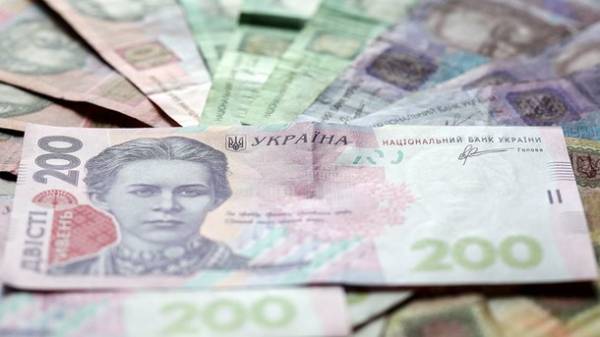 The Cabinet renewed a three-year development forecasts to 2018 to 2020, based on calculations of Ministry of economic development and trade. Compared to the previous forecast, published a year ago (for the 2017-2019 biennium.), the expected acceleration of GDP growth, lower inflation and wage growth, ahead of price increases.

The document is not projected hryvnia exchange rate, but financial experts say that if there is no force majeure (the intensification of the conflict in the Donbas, the negative trends in the global economy), the national currency by 2020 may not be cheaper, and even be strengthened due to the restructuring of our economy and export growth. 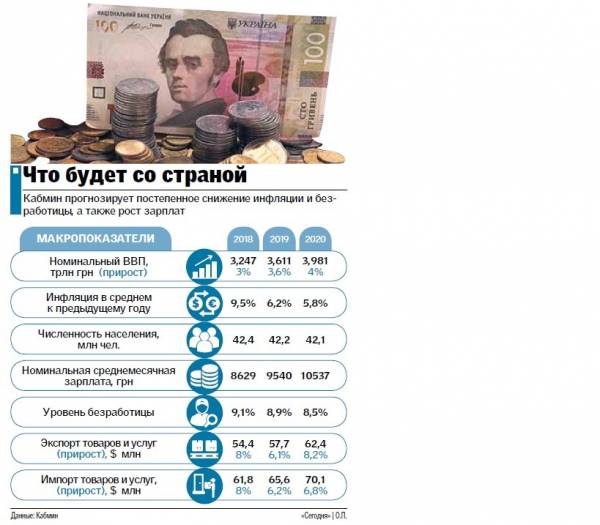 PLANS. As you can see from the infographic, realistic scenario envisages a gradual increase of GDP, from 3% to 4% per year increase in average salaries from the current 7 thousand UAH to more than 10.5 thousand, or 50%. If to consider that inflation for the years 2017-2020 is expected in the range of 35-36%, it means that the real income of workers will increase by 14-15%. The government also hopes to reduce unemployment and annual increase in exports of goods and services. At the same time, and the increase in imports, and it will grow more than exports, at $300-500 million.

EXPERTS. Analysts agree that the targets set by Cabinet, it is quite feasible, but called them insufficient to Ukrainians experienced a significant increase in the level of life. So, the head of the Secretariat of the Council of entrepreneurs under the Cabinet of Ministers Andrei Zablovsky told us that while the country is smooth, and not a fundamental restructuring of the economy, in which priority is given to agribusiness and high technology.

“For sustainable development we need to have GDP growth of at least 5-6% per year to 2021 to reach the level of GDP per capita, comparable with the poorest countries of the EU, says Zablovsky. — And the Cabinet forecasts that Ukraine this would require 6-7 years or more. Objectively, as long as it is not expected a significant investment in our economy. The potential is there, but we need to develop not only the agricultural sector, but high technologies, such as processing of agricultural production, the IT sector. The Ministry does not give forecasts for the hryvnia, but if there is GDP growth, and not devalue the hryvnia, and in three years will strengthen to 25 UAH/$.

More critical economist Ivan Nikitchenko: “the Figures are absolutely real, there is nothing good. Ukraine needs ambitious plans for a sharp increase in GDP and incomes, not a gradual recovery to the level of 2013. The impression that the main thing for the Cabinet is not to go too high figures of growth, without increasing annual payments to creditors — the IMF and other bodies. These are, recall, the terms of debt restructuring signed in 2015, the then Minister of Finance Natalia Yaresko. Briefly, the average salary is less than $400 for another 4 years — that’s what the government has planned to Ukrainians.” 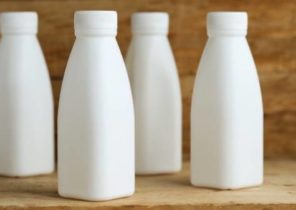 Scientists: the use of probiotics greatly exaggerated