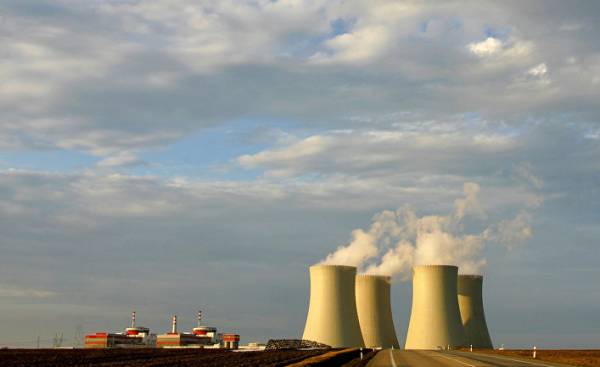 In the early 2000s the world nuclear industry collapsed: the American company “Westinghouse Electric” and the French “AREVA” went bankrupt.

Westinghouse, which supplied technology to more than half the nuclear power plants in the world in 2006 was absorbed by the Japanese company “Toshiba”. Although she then began an aggressive attack on the market of nuclear power, in March this year, Westinghouse filed for bankruptcy.

In 2011 one of the largest companies in the nuclear energy sphere was also the French “AREVA”. In 2009, she actively fought for orders in the United Arab Emirates from Korea, but in 2014 she had to team up with the largest state-owned power generating company of France “Électricité de France”, incurring damage to the amount of 5.5 billion dollars.

A time of great change: the developed countries are losing positions in nuclear industry

Both the former leader of the market expected its revival after the middle of the 2000s, released the third generation of nuclear reactors (Westinghouse AP-1000 and AREVA EPR).

However, after the accidents at the NPP “Three Mile Island” in 1979 and at Chernobyl in 1986, for almost 30 years, the construction of nuclear power plants in the United States was not conducted. It brought huge losses to the company. The project NPP “Vogtle” in the South-Eastern United States is still not completed (there are two of the four reactor — approx. ed.). At the beginning of the project’s budget was $ 6.1 billion, but due to the delay of implementation period costs are growing daily by $ 1.2 million. Although total construction costs has already reached $ 14 billion, it remains unclear whether the project will be delivered.

Once in the United States and the European Union were strengthened safety control in the construction of nuclear power plants, costs have increased several times. Because of this, companies that supply technology fail.

The rise of the Republic of Korea, Russia and China

Magazine about the nuclear industry, “Nuclear Engineering International” in April wrote: “in Order to compete with South Korea, Russia and China, it is necessary for example, airlines “Airbus” combine nuclear energy system of the West.”

According to the International atomic energy Agency, in 35 countries around the world now operate nuclear power plants or is their construction. However, only seven of them have the opportunity to export technology and services: USA, France, Japan, China, Russia, Canada and Kazakhstan. Thus a competitive advantage in the technology and financial tools there are only three: the Republic of Korea, Russia and China. All three countries went on the export market thanks to its rich experience in the construction of nuclear power plants and thanks to the state support companies.

Russia released its own third-generation reactor (VVER-1000) and exports it. At the end of last year Russia has signed or started process of signing contracts to export 20 nuclear power plants, a total of 133 billion dollars.

China, which last of all introduced its nuclear-energy technologies into foreign markets, promotes invented in 2015, the reactor of the third generation “Hualong-1” as the main article of export. It is expected that the proceeds from its sales will be 148,1 billion.

According to “Financial Times”, the USA, EU and Japan have already left the scene of the nuclear industry, France is also more competitive. In the game there are three countries: Korea, Russia and China. And if the SC retreat, Russia will be able to confront China.

Korean technology is the best quality

Korean nuclear technology and the security level is the best in the world.
Professor Kim Yeon soo of Hanyang University commented on this fact: “When we don’t build nuclear power plants, we study, develop and design technologies to rise to the world level. However, it is important for Korea to build nuclear power plants in the country (their construction discontinued — approx. ed), to win the confidence in the world market. Otherwise Russia and China will have the advantage.”
His view was supported by Professor of the University of Kenkhi POM Chon Chin: “Korean reactors are still the best in the world. But we hardly have time for China in the field of hardware. In order not to lose export markets, we need to think about how to improve the reliability of the supply chain and to remain competitive”.