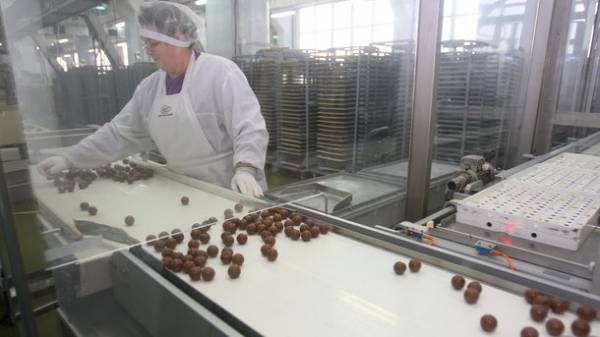 In recent years, Ukrainian producers are increasingly struggling with cheap imports, using the official protective mechanisms such as anti-dumping duties. However, such fees may not be the easiest method to fight with cheaper imports. The MX process of introducing this very long, complicated and requires a lot of effort and money to collect evidence, writes UBR.

However, the government is going to simplify the mechanism for applying anti-dumping legislation. The relevant draft amendments to the law “On protection of national producer against dumped imports”, the Ministry of economic development has already been developed and promulgated for discussion. Another bill the Ministry is also going to adjust the rules of the Customs code of Ukraine.

From 20 June 2017 Ukraine acts anti-dumping duty in respect of chocolate confectionery from Russia. Duty size 31,33% imposed for five years. The interdepartmental international trade Commission of Ukraine (mkmt) has established a presence in 2013-2015 dumped imports from Russia chocolate and confectionery products with cocoa content. During this period the production volumes of chocolate products in the country decreased by 7.6%, sales slipped by of 20.85%.

From 22 may 2017, imposed anti-dumping duties in the amount of 31.84% in respect of import to Ukraine of a carbamide and carbamide-ammoniac mix from Russia. In fact, the decision was taken on 27 December 2016, but the introduction of fees was pending at the time of sowing, as the Russian product covered 80-90% of all deliveries of fertilizers in Ukraine.

Earlier in 2014 Ukraine under the interim revision of anti-dumping duties against ammonium nitrate from Russia has increased its size three times from 11.91% to of 36.03% and extended the validity period of five years.

May 13, 2017 Ukraine for 5 years has restricted imports of grinding wheels from Russia. The size of the anti-dumping duties 33 to 83%, with the exception of the exporter-producer of “Volzhsky abrasive works”, the fee for which is set at 6.54 percent.

In 2014, Ukraine for another five years, extended the validity of 59.4% anti-dumping duties on imports of turnouts from Russia (with the exception of the translations produced by “Murom turnout company” for which the fee is 13,44%). Including due to this the Dnipropetrovsk switch plant in 2016, increased its net profit by 57%.

Since June 6, 2016 Ukraine introduced 26% duty on imports of caustic soda from Russia for a period of five years. The investigation was launched in November of 2014, according to the statement of PJSC “Dniproazot”, which in 2011 – the first half of 2014 reduced sales volumes of caustic soda in the domestic market of Ukraine by 24% and production by 11.4%.

From 31 July 2015 for a period of five imposed anti-dumping duty in the amount of 25.73% for imports of electric filament lamps of General purpose with capacity up to 200 W from Kyrgyzstan. The initiator of the investigation was made by the largest Ukrainian manufacturer of light bulbs JSC “Iskra” (Lviv). By the end of 2015, the company reduced the net loss by 24%.

In February 2016, it was decided to extend for another five years anti-dumping 31,58% duty on the import of solid fibreboard (fiberboard) wet method of production of the Russian Federation.

For the first time a duty on fiberboard size 31,58% in relation to the import of the Russian fiberboard entered in 2006 for a period of three years. The initiator of the investigation, OOO “uniplyt” (village of Vygoda, Ivano-Frankivsk region) — the largest manufacturer of these products in Ukraine. Then on 17 February 2010, these restrictions were extended for another five years, after which it was again agitated for a constitutional review.

In July 2014 mkmt also extended for five years anti-dumping duty in the amount of 68,75% in relation to the import of fiberboard from Belarus.