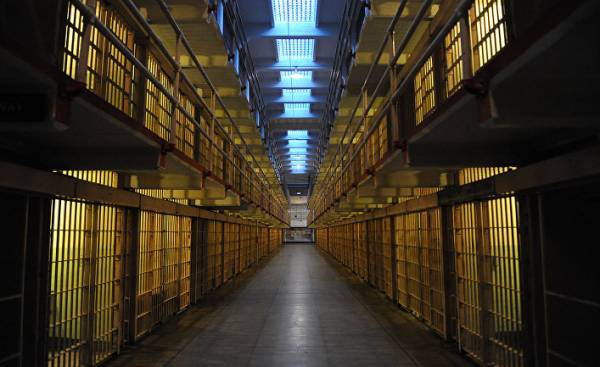 Every fifth inmate says he was attacked by fellow inmates or guards.

Security is a problem in all prisons, however, to obtain accurate information about violence in the prisons is very difficult. Take a look at what we know about the physical and sexual violence in American correctional institutions and what happened in a private prison in Louisiana, where he worked Shane Bauer (Shane Bauer) (a reporter for Mother Jones, has worked as a warden in this prison for four months).

• 19% of all male prisoners in American jails say they were physically abused by fellow inmates.

• 21% said that they had been beaten guards.

• According to official data, in 2011 in all American prisons was less than 8 800 cases of rapes and other sexual harassment.

• However, from three to nine per cent of male prisoners say that while in prison, they were subjected to sexual violence. This indicates that the number of victims of sexual violence is much larger and amounts to 180 thousand people.

• According to testimonies of former prisoners in private prisons inmates are subjected to sexual harassment of neighbors is two times less than in the state. However, they are twice as likely to be sexually abused by staff.

• 66% of the cases of unlawful sexual behavior of prison staff’s sexual relationships with prisoners “with the consent” of the last, say the authorities.

• Women make up 7% of the total prison population.

• They make up 22% of the number of victims of sexual violence from his cellmates.

• They account for 33% of the number of victims of sexual abuse by prison staff.

Today there is no relevant comparative data on violence in public and private prisons. A recent study on this topic was conducted by the Ministry of justice in 2001, and it revealed that in private prisons, the prisoners attack each other, occurring 38% more frequently than in the state.

Violence in the correctional center winn

Working in the beginning of 2015, a guard in the prison correctional center winn, Shane Bauer, two months have recorded 12 attacks with a knife. However, according to the official data of the Department of corrections of the state of Louisiana, the center reported only five cases of assault with a knife in the first 10 months of the year. (Lead correctional center winn reports that it reports about all the attacks, but in the documents of these incidents can be classified in different ways.)

• For 10 months in downtown Wynne prisoners was found 114 weapons — almost three times more than in state correctional center Allen, who is a prison about the same size.

• The Wynn cases of the use of pepper gas and other chemical agents against the inmates was three times more than in the prisons in Allen and Avails.