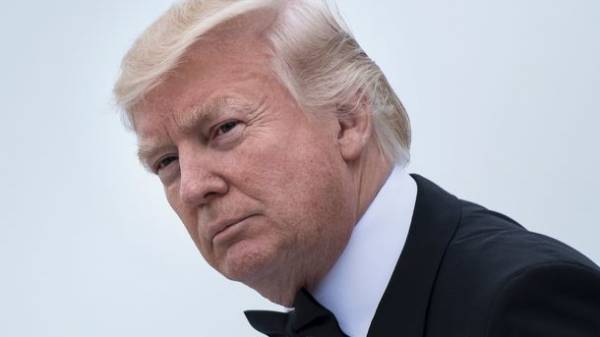 The US President Donald trump on Friday signed a bill on the budget for the 2017 fiscal year.

This was stated press Secretary of the White house Sarah Huckabee Sandres, speaking to reporters at a regular briefing, reports TSN with reference to Reuters.

Spending up to 30 September will amount to $ 1.2 trillion. Signed trump the bill will help prevent the suspension of the U.S. government, which began at midnight.

The budget volume of $ 1.2 trillion provides for an increase in military spending at 19.9 billion dollars, compared to fiscal year 2016. But it’s still less than proposed by President Donald trump.

The bill does not provide for the allocation of money for the construction of a wall on the border with Mexico. $ 1.5 billion that was transferred to this project will go to technology development and repair of the existing fence on the border and are only half the amount offered trump.

The Ukrainian Embassy in the US stated that the document provides for 560 million dollars in aid to Ukraine. in Particular, for military and security assistance to Ukraine until the end of the fiscal year (until October 1) allocate not less than 238 million dollars.