In recent doping cases were in such sports as cross country skiing and Biking, but chess was out of the zone of attention.

In the chess environment, had problems with another form of dope: with the computer and the Internet. In connection with new technologies, many have taken the opportunity to use computer AIDS. As a result of modern large-scale chess tournaments before the game is scanning for the detection of electronic equipment.

It is used for patients with attention deficit disorder and hyperactivity

But new research shows that chess can also become the kind of sport where there is the opportunity to create some additional resource with the help of medical drugs.

Portal worldchess.com discusses the scientific report published in European Neuropsychopharmacology. It shows that there are substances which, apparently, can help the players to achieve great results.

It is two substances — methylphenidate and modafinil. The first of these known as ritalin. Both drugs used in the treatment of patients with attention deficit disorder and giperaktivnosti (ADHD)

According to the World Chess, these two drugs enhance the gaming ability of the player, respectively, 15% and 13%. For comparison, the effect of caffeine could be 9%.

The study involved 39 players, they played with the computer, some were playing without medication, others took them.

“We are very interested to determine if it is possible to create an ameliorative effect in those who are already playing at the highest level,” says Klaus Lieb (Klaus Lieb), Professor of psychiatry and one of the authors of this scientific work.

“We recommend to introduce a strict doping controls in chess tournaments,” says Lieb.

Something you should pay more attention

Magnus Carlsen (Magnus Carlsen) is currently in the Netherlands to play at the Tata Chess. Chess-king of the world, has previously said he did not believe that the doping could help in his sport.

“We know of no drugs that can help. So Magnus slightly angry because of a doping check,” said the Manager of Agdestein Espen (Espen Agdestein) the correspondent of VG in November last year.

When we found Agdestein on Wednesday evening, he had not yet read the article to which we refer.

“Doping was not an issue. But if it indicates something else, it creates a new situation and maybe we should pay more attention,” says Agdestein.

He talks about several episodes with “a computer dope” at a lower level, when, in particular, during the tournament in the toilets hiding mobile phones so that players could use them.

Wonder if it’s that simple

During major Championships, the players undergo doping test. But the reason why it did not pay attention, is that, according to prevailing opinion, there are no such medicines that would have sufficient effect.

“For a long time didn’t hear anything that could have a special effect so it did not cause major concerns,” says Agdestein.

Manager Carlsen, even without reading about a new study, it refers to the skeptical.

“I would be surprised if it was that easy,” he says.

According to a new study, there’s a pretty significant spillover effects resulting from the use of these substances. The players spent more time when taking ritalin or modafinil.

“Not much to these substances has improved the ability to make better decisions in a short time. They also do not improve the ability of the player using more time on finding solutions to more accurately reflect what it needs to do, the study says.

Thus, it is ascertained that these substances, made according to present studies, the most useful in classical chess tournaments, but not in rapid chess and blitz. 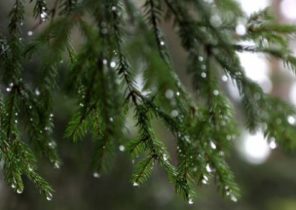 Why odor after a rain can be dangerous to humans