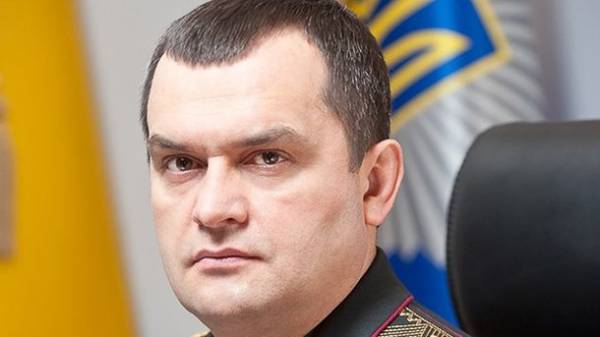 The Pechersky district court of Kyiv gave permission to hold special pre-trial investigation against former Minister of internal Affairs of Ukraine Vitaly Zakharchenko. About this on his page in Facebook reported the press Secretary of the Prosecutor General Larisa Sargan.

“July 25, 2017, the Pechersky district court of Kiev by its decision granted the petition of the investigator of the Prosecutor General and granted permission for the implementation of the special pre-trial investigation against former Minister of internal Affairs of Ukraine Zakharchenko”, – wrote Gar.

She recalled that investigators conduct pre-trial investigation in criminal proceedings about abuse of power by the ex-President of Ukraine Viktor Yanukovych, Zakharchenko and other persons in illegal detention of the personal assistant to the late Metropolitan of Kiev and all Ukraine Vladimir (Sabodan) society.

In this production notified on suspicion of Yanukovych, Zakharchenko and former head of the Kiev police Valery Koryak.

We will remind, the Department of special investigations of the Prosecutor General of Ukraine reported , the previously reported suspicions about the new suspicion ex-the President Victor Yanukovych, ex-Minister of internal Affairs Vitaly Zakharchenko, ex-head of the security Service of Ukraine Alexander Yakimenko and others in committing serious and especially serious crimes from 18 to 20 February 2014.