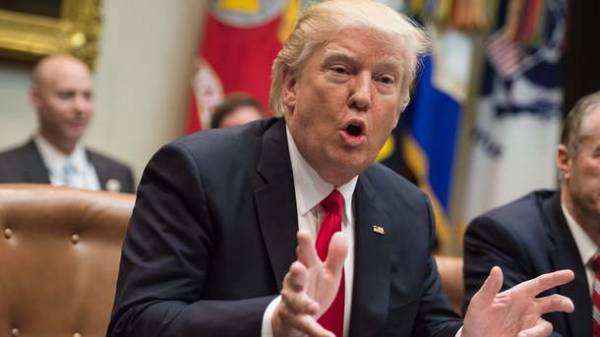 The President of the United States Donald trump accused the media of that publication about the ties of his administration to interfere with Russia to improve relations between the two countries, reports the Russian service of the BBC.

“Putin apparently believes that he can no longer negotiate with me, as it will be politically very unpopular for a politician,” said trump during the press conference.

Trump said that he would be easier to choose a hard line against Russia, but he chose the path that, in his opinion, the interests of the US.

According to trump, the United States should maintain good relations with Russia, because both countries have nuclear weapons.

Trump once again accused the American media of spreading “fake news”. He also promised to investigate the case about the leaking of intelligence in the media.

Trump during a press conference in Washington called by CNN “a very fake news.”

The American President also stressed that officials of his administration, according to him, have no ties with Russia.

Recall, the press Secretary of the White house Sean Spicer reported that the President of the United States Donald trump is expecting that Russia will be engaged in de-escalation in Ukraine and return Crimea.

The foreign Ministry of the Russian Federation, commenting on the statement by Sean Spicer said that I think the Peninsula and return it they don’t plan.

Also, according to The New York Times, members of the electoral headquarters of Donald trump and his aides have repeatedly been in contact with senior representatives of the Russian intelligence in an election year.