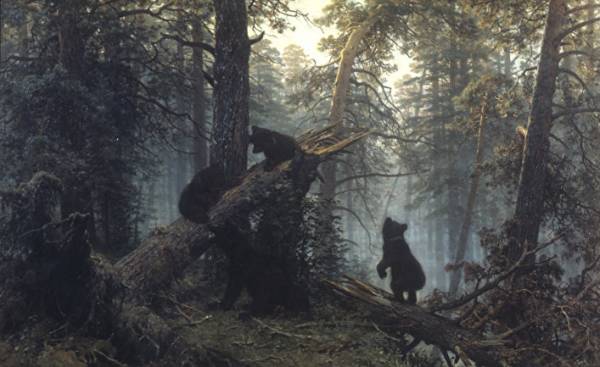 Russia’s economy is now, of course, is in a better position than a year ago. Just tell the Russians about it.

According to the Russian center for public opinion studies (VTSIOM), about 45% of them believe that “the worst is yet to come”, despite the fact that as of may last 12 months have witnessed a growth of 3.1%. Most of Russians worried about the rising price of food and the devaluation of savings. Moreover, as opinion polls show, because of the constant “drumming” about the war and conversations in the United States of collusion with Russia among the Russians is steadily growing fear of military conflict with the Americans over Syria or Ukraine.

In June, the number of respondents who feared a possible war was 20% compared to 12% in January, when the US President was elected friendly Donald trump.

As shows poll, the biggest concern is domestic issues. In the first place in the list of issues of concern to the Russians — the risk of loss of income. “The indicators are getting worse. Concerns about the level of income, unemployment and internal strife, which had previously been modest, also show an adverse trend, said Wednesday, the expert consultant VTSIOM Oleg chernozub. — The optimism of companies concerning the overcoming of the crisis and the maintenance of political stability becomes unsustainable.”

The situation in Russia is changed from bad to average

After two years of recession caused by falling commodity prices, namely oil prices, “the bear is again wandering through the woods” (bear, symbol of Russia — a powerful, unpredictable, and “possibly dangerous”, for whose coming we must “be prepared to stop which can only force”. The way Ronald Reagan used in his campaign video during the presidential campaign — approx. transl.). The bear returned, although not in the full sense of the word. How seriously he’s back and how strong is he?

In June the volume of industrial production in Russia grew by 3.5% compared to the same period last year. Mining and commodity production increased by 5% and 3% respectively. Support the mining sector was driven by increasing exports of natural gas to Europe, which is the most important market of Russia.

Despite the data of opinion polls, real wages grew by 2.9%, and retail sales demonstrated further gradual recovery at 1.2% vs. 0.7% in may. However, the volume of retail sales can be misleading since they are not considered retail sales on the Internet, which represent the developing direction of the Russian retail trade.

Industrial production in the first half increased by 2%.

Unlike the US, where the debt is a constant concern of the authorities, Russia’s foreign debt is reduced. Last year it was $ 519 billion. And in 2017, if oil prices remain in the range of 40-45 dollars per barrel, Russia’s foreign debt will amount to about 497 billion or about 36% of GDP. But it is quite small.

Russia is also strengthening its foreign currency reserves, needed for all emerging markets to attract foreign investors on their foreign exchange markets and securities markets. In 2008, the Central Bank of Russia was 378 billion dollars. A year ago, Pro-Ukrainian and anti-Russian activists welcomed the declining reserves of Russia, waiting for the moment when the Bank of Russia completely empty to open the champagne.

Today, these deposits amount to about $ 400 billion, and forecasts they will rise to 438 billion dollars if oil prices remain at around $ 55.

The Russian stock market after last year’s boom of today is behind. Political risks and concerns about the new bill on sanctions in the U.S. Senate is clearly cause for concern. Continue to be a problem and the price of oil, because their dynamics, as a rule, determines the relevance of Russian securities.

Comprehensive multidisciplinary surveys usually capture the complexity of sentiment in the country and often contradictory feelings of its citizens. The poll, on the one hand, clearly demonstrates the existing pessimism. But on the other hand, the Russians say that compared to the two previous years, this year their lives and the situation in the country improved.

About 59% of the respondents said that their personal life situation (as of June) has improved compared to 2015-2016 years. The number of respondents evaluating his life in the same way in June 2016 and 2015 were, respectively, 38% and 46%. The country is moving in the right direction.

According to VTSIOM, in 2017 the index of social expectations (which shows how optimistic the Russians are set on the future of the country) is still negative (39%). Only consolation is that in 2015, it was even lower.

In many ways, the situation in the country has gone from bad to mediocre.

Putting aside political risks, the Russian authorities have much to do in the country to integrate some regions of Moscow and St. Petersburg — two of the richest cities of Russia.