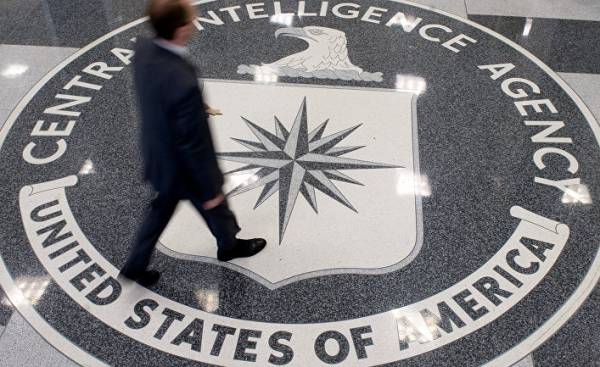 In those days, when the civil war began in Syria, the US government has taken steps so that the rebellion did not last long, and the regime was quickly overthrown. In this situation, had to act in the logic of “covert operations”. Soon the game entered the CIA, which began to take steps in this direction. It was built cooperation with friendly intelligence organizations in neighboring countries. Then was fulfilled “sting operations” based on support for the armed opposition in all spheres. We’re talking about a series of secret operations under any circumstances denied.

A priority goal was to organize military units on the battlefield to create new capacity and create an ideological identity. In this framework, against a “friendly” opposition has acted very generously. Gave money, supplied weapons. Conducted military training, continued advocacy. Meetings were held in five star hotels.

As the prolongation of the civil war the number of players on the battlefield increased, over time changed the nature of the civil war. Russia, Iran and Hezbollah were active on the side of Assad. Now they were more resolute. It became clear that the “Free Syrian army”, which some time later were divided and multiplied, will not be able to overthrow Assad. “The rise of the radicals” from the standpoint of the United States pointed to the need of the changing nature of the Syrian operation.

The last significant event was the course of the LIH (banned in Russia — approx. ed.) in Iraq / Mosul, which also affected Syria. Now the problem has gone beyond measure, which can handle intelligence organization, and ceased to enter the range of tasks feasible with the help of secret operations. Character, intensity and scale of violence, political calculations were taken in front of a military nature, and it left an imprint on the further development of events.

In this regard, when it became clear that the local forces will not be able to expel ISIS from Kobani and Mosul, and in the West have become more frequent the attacks, the CIA retreated into the background, and shone star of the Pentagon. The arrival of trump power and “visible” military progress on the battlefield have become another factor that has given legitimacy and speed of change.

Today, the Syrian and Iraqi dossier is engaged in a U.S. army. That file has long gone beyond the notion of a “secret operation”. Of course, this does not mean that the CIA ceased to intelligence operations. Ideas, expectations, goals, allies, institutions, methods and means, which took place in the early years of the civil war in Syria, have largely changed. Transformed form of intervention: “covert operations”, which was led by intelligence organizations, gave way to open war generals.

News published in the American newspaper the Washington Post dated July 19, 2017, are important from the point of view of the demonstration phase, to which came the changes. The newspaper wrote that the President of the United States trump stopped covert operations by the CIA, which was based on supporting the moderate opposition against Assad on the principle of “train — equip”. While the CIA continues to support the “moderate opposition,” Pentagon broadens and deepens the relationship with the Kurdistan workers ‘ party (PKK) / Party Democratic Union (PYD) on the principle of “train — equip — send on the battlefield”.

A new picture is emerging in Syria, will be differently interpreted by state and non-state actors in the region. When you look at it from the point of view of Turkey, we can say the following: US and Russia divided Syria into spheres of influence in geographical, political, ideological relations. This is the actual situation for many years will not change. In this situation, Turkey should rapidly reassess the problem of the PKK, and its relations with the United States, Russia, Iran, and the problem of the refugees, and border security. With the current potential of the organization, form and relationship point of view can be difficult to respond adequately to such a tangle of problems.