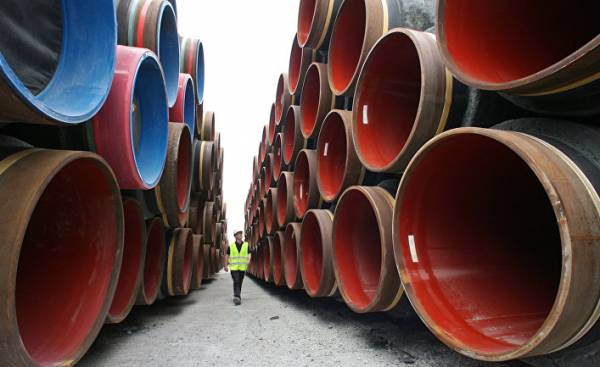 Despite the objections of both the US and some Eastern European States, Germany, Austria and several other countries members of the European Union strongly opposed the abandonment of the construction of Russian gas pipeline “Nord stream-2”, and at the heart of this very rational considerations.

It is appropriate to recall that some US politicians in the late 60’s-early 70-ies of the last century were also objections to the export of gas from the Soviet Union to Western Europe. Then was signed the famous contract of the USSR with West Germany “gas in exchange for pipes”. These objections in no way was related to the economy, the main argument “against” was concerns about excessive rapprochement between Moscow and Bonn (the former capital of the Federal Republic of Germany) for the reason that in all the classical theories of geopolitics, this was considered a serious threat to the interests of the Anglo-Saxons.

In the end, the claim still was quiet. First, the supply of Russian gas just was not an alternative; secondly, these supplies have contributed to the economic development of Germany and other European countries. Cheap gas and of course oil from the Soviet Union served as a major stimulus, for example, for the flourishing of the European chemical industry, and on a broader scale, it was also a kind of contribution to the welfare of Europe. Refuse the enemy’s strategic contribution to the maintenance of European socialism, the stories of which was widely used in anti-Soviet propaganda, at the same time saving considerable own funds of the United States, obviously, could not, even in spite of warnings, for example, Zbigniew Brzezinski.

In our days the strategic overall picture not much has changed, although the Soviet Union has long ceased to exist. Imports of Russian gas is similarly beneficial to Germany and several other European countries, and strategists of US just scares the rapprochement between Germany and Russia. Classic abstracts geopolitics still has not been canceled. However, there is an alternative, particularly in overseas shale gas, but even the most optimistic estimates it will be at least 80% more expensive than Russian pipeline gas, especially given the fact that the latter is exported to the “Nord stream”, which makes delivery cheaper. And, of course, will contribute to that potential gas pipeline “Nord stream-2”.

This explains why Germany and her associates are ready to struggle not only for the preservation of Russian gas supplies, but also for their increase. Of these supplies depends on the competitiveness of the chemical industry, whose representatives do not hide that, if commodity prices increase by almost two times, the problem will be more serious. But if difficulty will start in one of the cornerstones of the German economy, in the best case, they will spread to the economy as a whole, and at worst whole of a United Europe. Geopolitics, of course, important to Berlin, but if forced to choose between economic stability and geopolitics, practical Germans obviously prefer the first. Meanwhile, Eastern Europe, including Latvia, selects geopolitics. 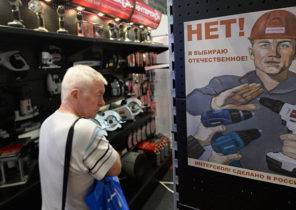