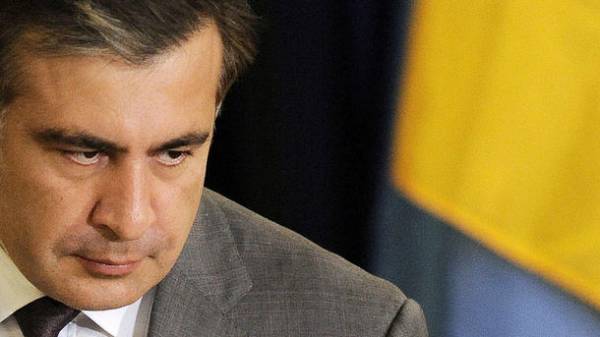 We have twice formally requested of the Chief prosecution of Georgia to the Ukrainian side with a request to transfer former Georgian President Mikhail Saakashvili and has twice received an official denial. This was stated by the Minister of justice of Georgia tea Tsulukiani, reports Georgia Online.

“I am glad that our Ukrainian partners updated information – Yes, it’s true that we are twice formally requested of the Chief prosecution of Georgia to the Ukrainian side with a request to transfer Saakashvili and twice received an official refusal. This information is already clarified, it really is. Our request was sent, it was reasonable. Sent the evidence and on the basis of this evidence, the Ukrainian side can take the decision that at this stage for it is already acceptable. But, of course, prosecutors will continue to work. As stated by the President of Ukraine, this may not be a political process, is a matter of evidence and evidence to the detriment of Mr. Saakashvili,” – said tea Tsulukiani.

See also: In Ukraine presented a series of Mikhail Saakashvili

Recall that Georgia is on an official visit the President of Ukraine Petro Poroshenko. Yesterday the journalists asked him a question about possible extradition of the former President of Georgia Mikheil Saakashvili. Poroshenko said that Georgia appealed to Ukraine with a request for extradition, but later, in an interview to “Public broadcaster”, he noted that he had checked this information and found that Georgia was treated, but Ukraine refused.

According to Poroshenko, the Ukrainian side has requested additional materials on the above request.