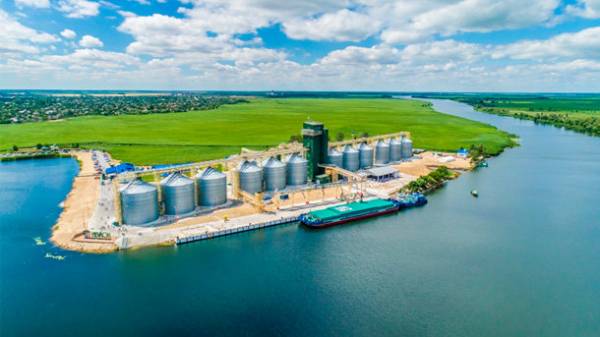 The leader of the agrarian sector of Ukraine, the company “NIBULON” plans to build at least another 10 river transshipment terminal for bulk cargo on the banks of the Dnieper, southern bug river and other navigable rivers of the country, and more than 40 non-self-propelled vessels and tugboats for its own fleet. This was stated by General Director of “NIBULON”, Hero of Ukraine Alexey Vadatursky in solemn commissioning of a transshipment terminal in the city Naked Pier of the Kherson area. 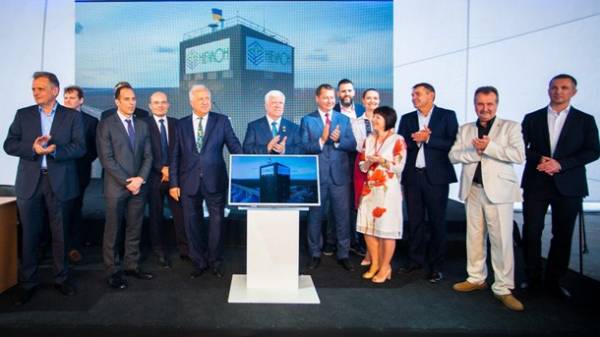 “We are the only company that is powerful working on what to release regional centers from trucks. We adhere to an approach in which ports must be outside of settlements, should not affect residents. This program is now supported by the leading financial Corporation of the world Bank, the European investment Bank, the international Finance Corporation of the world Bank. We plan to build on the Dnieper and other rivers 10 enterprises. This will radically change the logistics map of Ukraine. We are supported by local agencies who understand what the improvement of logistics, what is removing cars from roads,” – said A. Vadatursky.

According to him, the new terminal with a capacity of 300 thousand tons of handling grain in the year will relieve the roads of Kherson region for almost 20 thousand of heavy trucks. In addition, it is also the nearest point on the river to send goods to the export terminal in the Black sea, which will need a total of 8 hours.

During the inauguration ceremony of the terminal in Golaya Pristan, General Director of “NIBULON” and the head of the EBRD office in Ukraine Sevki acuner has signed a loan agreement for $90 million, which will be aimed at further development of the water transport and cargo shipbuilding in Ukraine.

“The relationship between NIBULON and the EBRD have been going on for many years. And Alexey Afanasyevich is not only a Hero of Ukraine, but to us he is a hero of the EBRD. Because I know that he builds not only for money but in order to make Ukraine stronger,” said Mr. Acuner, speaking to residents Golaya Pristan and guests of the ceremony.

Together with the loan agreement with the EIB for € 74 million and IFC $100 million that were signed within six months, the company was able to invest in infrastructure development of the agricultural sector of about 7 billion UAH. 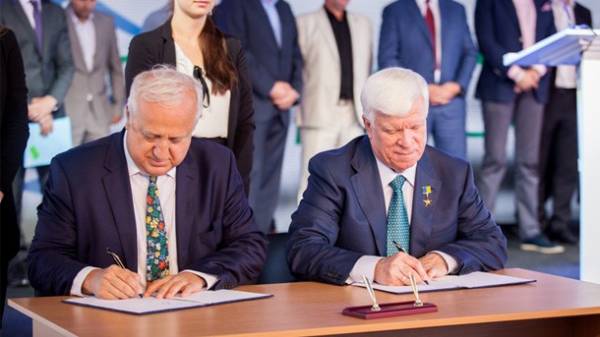 “This means not only for such a facility, a program of revival of the transport artery of Ukraine. This revival of the Ukrainian shipbuilding. We have built about 60 vessels. In the coming years we will build 40 more for the same money. It is about 10 000 jobs to the builders, it is about 2 thousand permanent jobs to Ukrainians. This program is the regions bordering the anti-terrorist operation zone – Kherson, Zaporozhye. Next week we will put into operation an Elevator complex in the city of Svatovo, Lugansk region. We connect virtually today the economy of the Luhansk region of Ukraine”, – said A. Vadatursky.

According to the head of the Kherson regional state administration Andrey Gordeev, the construction of “NIBULON” terminal in the region at the expense of foreign funding has become a real investment breakthrough for the region.

According to him, until recently, foreign companies were forbidden even to visit the region and especially the territory where a new terminal is 70 km from occupied Crimea. “After the start of construction of this object have come to us investments, we began to drive the foreigners, we began to drive diplomats. Every day we have meetings with potential investors. All this is due to the fact that one person is the Hero of Ukraine Alexey Vadatursky believed in the Kherson region and assured the world community that they can invest,” – said the head region.

According to first Deputy Minister of economic development and trade of Ukraine Maxim Nefedov, the new terminal of “NIBULON” – is “a perfect example of how to develop Ukraine, government agencies, business”.

“In fact, through the company “NIBULON” then go chain the streams of investments and export contracts, and more added value to farmers, farmers, machine builders across the country”, – he stressed.

“It is especially nice that it makes “NIBULON” as a national champion. Every country wants not only to attract foreign investors, but also to grow their own powerful companies that are not only not worse than the foreigners, and set high standards worldwide. “NIBULON” is a great example of how Ukraine could be an agricultural country is not in the old sense, and what is supertechnologies, superannuation, super-efficient business that wins business of other countries not only due to natural factors, but through the mind, through hard work, through new technologies”, – said M. nefodov.

According to the state Secretary of the Ministry of agrarian policy and food of Ukraine Vladislava Andronov, each entity on the map of Ukraine is a step to Europe. “For example, this object we see that agriculture is a high-tech business. Even in the most remote regions of Ukraine can receive these wonderful objects that make our Ukraine a European. Volitional effort and responsibility lead to a wonderful result,” he added.

Deputy Ambassador of Switzerland in Ukraine Christoph Spiti noted the important role played by the terminals of “NIBULON” in the development of agricultural logistics and unloading of Ukrainian roads. “It’s no secret that “NIBULON” is truly the voice of business before government and Parliament, raising sensitive issues and offering solutions. Only a successful enterprise as NIBULON can afford such ambitious projects, and succeed in attracting funding from abroad from leading financial institutions,” – he stressed.

Regional head of IFC in Ukraine and Belarus Jason Palmer emphasized that “NIBULON” has shown the high achievement as the leader of the national grain export. “Ukraine is already a leader in the world as an exporter of grains and oilseeds. We agree that there’s a lot of catching up to do and achieve. I believe that Kherson region is a region of potential, here is a wonderful land and people. Ukraine can and must play a greater role in ensuring food security, it can move further”, – he stressed. 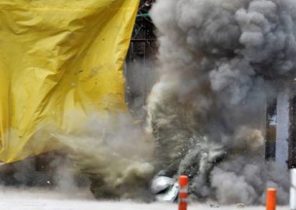