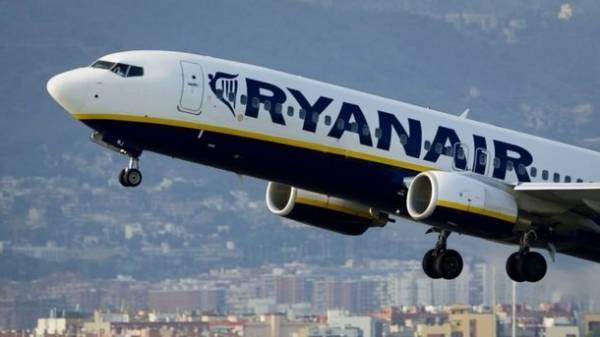 The largest airline in Europe Ryanair can earn in Ukraine already in September of this year. This was stated on air of TV channel “inter”, the Minister of infrastructure Vladimir Omelian, the “GORDON”.

According to him, the talks with the low-cost airline should be completed in a few weeks

“Today, we have a common position of the President, Prime Minister, Ministry of infrastructure and Borispol airport that we resume negotiations, and they must be successfully completed,” said Omeljan.

He expressed the hope that the low-cost airline will begin flights from Lviv and Kiev in September 2017.

Recall, July 10, Ryanair announced the cancellation of their planned entrance to Ukraineafter the airport “Borispol” has violated the agreement reached in March this year, the Ministry of Infrastructure officials of the airport and its current General Director Pavel Ryabikin.

At the airport later explained that negotiations with the low-cost airline was doomed to fail and the enterprise is ready for inspection.

Later the General Director of “Borispol” announced that negotiations with the airline resume, but in the Ministry – Boryspil airport – Ukraine Investment Promotion Office (Office of investments).