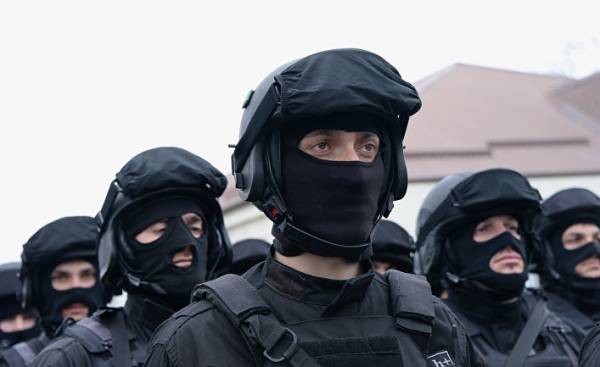 National guard, reporting directly to President Putin, to take over command of the Russian army, Putin signed a presidential decree that has caused various speculations on this topic. The national guard was formed more than a year ago on the basis of interior Ministry troops and other forces to maintain law and order in the country. According to some, its strength already exceeds the army and has approximately 360 — 380 thousand people. What is the purpose of Putin, who even allowed the national guard to supervise the actions of the army?

In late may, the Russian leader signed a law under which the National guard can command an army. In Russia there is a precedent, when in 1990-ies during the Chechen conflict for the independence army carried out joint operations with forces of the interior Ministry, however, there were no cases that it was officially sanctioned.

The national guard was formed in April of last year: the interior Ministry forces against internal strife, special forces and rapid reaction force was separated from the Ministry of internal Affairs and reformatted under the command of the President. The national guard was headed by Viktor Zolotov, who for many years was responsible for Putin’s protection.

Experts believed that Putin, wary of revolutions and coups, entrusted his closest companions his personal army, which has huge power.

The duties of the national guard is to counter terrorism and maintain law and order. She also needs to fight extremism and to suppress an unauthorized demonstration. In addition, the National guard fight against organized crime and control the weapons in Russia. That is, it suggests that these forces are vested with the broadest powers.

The security company associated with the Ministry of internal Affairs and profitable, was also included in the National guard.

But this time Putin has allowed her to take command of the army in emergency situations.

The former chief of the General staff Yuri Baluyevsky, who is Advisor to the head of the National guard, in may published an article in “Nezavisimaya Gazeta”, which said: “the Main threat for Russia is not outside, but inside the country. The national guard was created in order to prevent such unwise actions as an attempt to make Russian the second Libya, Syria or Ukraine.”

He articulated one of the main reasons for the formation and strengthening of power of the national guard.

During such events as the “Arab spring” in the middle East and the overthrow of the Pro-Russian government in Ukraine in 2014 for the rope pulled US in the attempt to “export democracy”. Putin thinks so, so he became even more suspicious on the eve of presidential elections in Russia in March 2018.

Most experts believe that Putin envisions the suppression of anti-government movements and demonstrations with military force, so he decided to give the National guard more authority.

Indeed, during the anti-government demonstrations in Moscow and other cities, in March this year was arrested about 1,300 people in June — more than 1,600 people. According to many witnesses, the National guard acted very aggressively.

One military expert expresses the following opinion: “In a time of emergency some of the national guardsmen might refuse to use weapons against his people, so Putin has made possible the use of the army”. 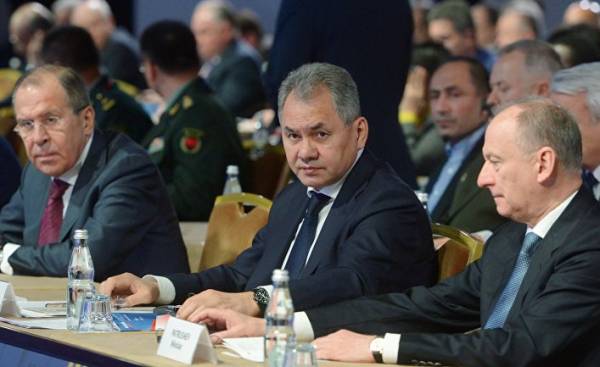 In addition, some experts point out that this is due to the fact that in recent time the popularity of the Minister of defence of Russia Sergey Shoigu. In the period from 1994 to 2012, Shoigu has headed the emergencies Ministry. As defense Minister, he has also strengthened its position during the annexation of Crimea in 2014, during the Syrian campaign, which was launched in 2015. According to opinion polls, he is the second most popular politician in Russia.

This means that on the eve of the new political season Putin and his entourage pushed Shoigu and the army in order to reduce their credibility. In turn, the head of the national guard., who was allowed to command the army, could become Putin’s successor.

According to some media reports, after the collapse of the Soviet Union, Russia had made four attempts to carry out a military coup. In July last year, a coup was organized in an authoritarian Turkey, so it is natural that Putin strengthens vigilance.

On the background of strengthening of the national guard of the attention, the actions of the interior Ministry and the FSB, the descendant of which is Putin. Recently, the National guard announced that it managed to prevent a terrorist attack. Thus, it has strengthened its credibility, scoring points in competition with the FSB.

Ironically, it is a possible scenario in which the assistance of the national guard of Putin can lead to a response from the FSB or the civil strife in law enforcement agencies.