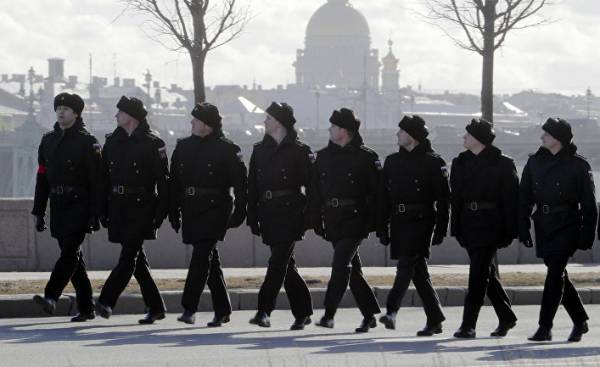 Saint Petersburg — a city that is even better than Moscow, is the Russian history. And not only because it is the capital of the tsarist government.

“The Bolshevik revolution” also occurred here. Most of my attention in St. Petersburg has attracted an abundance of stories about political intrigue, the emphasis on the history of tsarism and the concealment of the “revolutionary” past.

I do not accidentally use the word “withholding”. Real events, witnessed by the Saint Petersburg during the “October 1917 revolution”, is completely left in the background.

Guides, for example, did not mention about this story and avoided the sentences containing the words “revolution” and “Lenin”.

As a result of long searches I found the “Museum of revolution”, St.-Petersburg, called “the Museum of political history,” and accidentally discovered that the balcony where Lenin delivered his historic revolutionary speech, is in this Museum. Again, this Museum was the headquarters of the Bolsheviks, which for me also was a surprise, and of course, I was extremely surprised how such an important historical items can stay in the background.

The answers to these questions, which remained a mystery to me during my trip to Saint Petersburg, I get it now. This year marks the 100th anniversary of the revolution in St. Petersburg…

However, on the occasion of the “revolution” that shaped world history of the XX century, in St. Petersburg, it turns out, will not be any special commemorative events. They say that Putin made the decision to distance the “new Russia” from “former Soviet Union”. In the last king allergic to the word “revolution”.

The work of the deep state?

100-th anniversary of the revolution in Russia Putin is afraid of the young Russians, that twice in the last ten days took to the streets to speak against corruption. When in Paris, people take to the streets, it is not perceived as a “threat state”, but when it comes to Russia, the events immediately dramatizers. The course is censorship, made hundreds of arrests, one after the other arise of conspiracy theories.

After the explosion in the subway in St. Petersburg, which followed immediately after the last shock caused by the protests also had a lot of dirty scenarios, connected with each other events “protests terror”.

If we set aside the thesis that an explosion in St. Petersburg, which killed 14 people, is a classic jihadist terrorist attack in response to operation of Russia in Syria, rumor has it that this may be the work of the deep state. The common scenario discussed in social networks is the following.

Young people who took to the streets last two weekend in a row, has caused concern of Putin and his entourage. After a year in Russia’s presidential election. While events have not gained the scale, the “siloviki” (deep state) have passed to active actions. Then the Russian intelligence service was known in advance about a possible explosion, she did not take appropriate measures. Saint Petersburg — a city Putin. Moreover, the attack happens at the moment of the official visit of Putin in this city, when security measures are extremely stressed. So metro in St. Petersburg were subjected to “controlled terrorist act”, and other explanations can not be. Now the attack is used to suppress the opposition. Protesters are equated with terrorists. And so on and so forth…

Instead terrorists are suppressed demonstrators

I think to continue is not worth it. The rest you can easily imagine for yourself. These well-known scenarios not only offer users of social networks, but also voiced some famous writers, joining such estimates. For example, the famous Russian writer Viktor Yerofeyev says, “And if the responsible for the attack “siloviki” (deep state)?” Another well-known writer Lyudmila Ulitskaya, who says about “historians who will analyze this period in the future,” says: “They will see that terrorist acts are intertwined with the demonstrations in Russia. The protests of late March erupted unexpectedly. “Opposition” in Russia is “enemy of the people” (traitors). The Russian authorities have enough power to suppress the young demonstrators, but when it comes to terrorism, it turns out to be completely ineffective (that’s a dilemma…)”.

After the terrorist attack in St. Petersburg in Russia there is a lively discussion about “internal speakers”. Voiced assessments about the fact that Putin, in order to be able to be elected for the fifth time in a period when new demonstrations undermine his power, will never abstain from the unwinding of the “strategy of tension”. In the darkness of the “modes of one person” it becomes difficult to separate the wheat from the chaff. 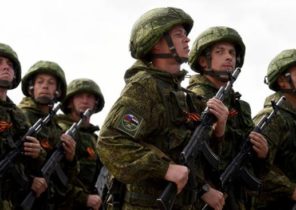