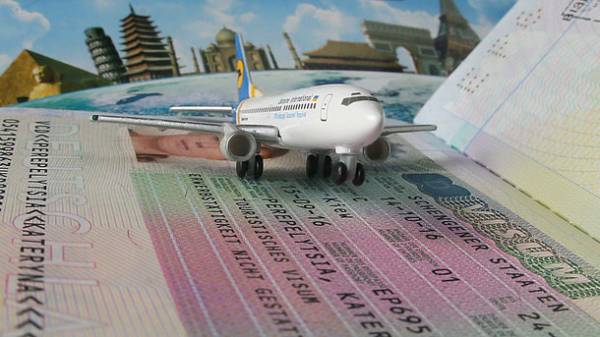 In Ukraine includes a new airline from Europe and Asia. The Minister of infrastructure Vladimir Omelian announced the flights in 2018 an American company. What airlines will fly to the country, learned the “Today“.

The national airline of Qatar, Qatar Airways announced the launch of 12 new destinations in 2017-2018, including Kiev. Qatar Airways will begin flights to Ukraine on 28 August, opening daily flight Doha-Kiev. Currently selling tickets on a direct flight is not open.

To enter the Ukrainian market in 2018 also intends the German airline Eurowings. For work consider the airport “Borispol”. The airline is going to fly to Berlin and Dusseldorf. Eurowings is part of Lufthansa Group.

From 1 September in Kiev will fly the Azerbaijani airline AZAL under the brand name Buta Airways. Has already started selling tickets for the route Kiev-Baku at a price of $ 30 one-way including fees. Base airport in Ukraine for the company to become the Kiev airport “Zhulyany”, which previously were unable to agree the representatives of the Irish company Ryanair. With Oct from Kiev will be available directions: Antalya (Turkey), Tbilisi (Georgia), Tehran (Iran), Baku (Azerbaijan).

After a three year break flights to Ukraine renews Air Astana. The cost of tickets for direct flights Air Astana Kiev-Astana starts from 378 $ to both sides with regard to charges when you travel in economy class. The price includes meals and transportation of 20 kg baggage.

2018 Ukraine will begin to fly one of the American airlines. This was stated by the Minister of infrastructure Vladimir Omelian. “We hope to release next year, one of the leading U.S. airlines for direct flights,” – said the Minister. However, he did not elaborate on what company it is.

From 7 July from Kiev to Lisbon began to fly, the airline Dart. The flight is operated once a week on Fridays. Departure from Kiev at 17: 30 return flight from Lisbon will arrive in Ukraine on Saturday at 4.20 PM local time. Four hours and twenty minutes will last the flight itself.

Also already operating in Ukraine of the airline after the statement , Ryanair announced the expansion of routes. In particular, Ugric Wizz Air. From April 19, 2018, Wizz Air plans to open new destinations: Kiev–Lisbon and Kiev–Tallinn. Flights loukoster plans to operate three times a week: on Tuesdays, Thursdays and Saturdays.

LOT Polish airlines has started selling tickets for direct flights Lviv-Poznan at a price of $ 55 at both sides with regard to charges. The price includes transportation of hand baggage up to 8 kg, as well as hot drinks and snack. Tickets at a fare that allows you to carry one additional piece of baggage up to 23 kg will cost more – from $ 96 in both directions. Also LOT of the fourth of August will start regular flights between Lviv and Bydgoszcz in Central Poland. The minimum cost of ticket for direct flights from Lviv to Bydgoszcz is $ 57 with regard to transport only hand Luggage. In the case of carriage of baggage, the cost increases to $ 99.

The Director of “Borispol” has refused to sign an agreement with the Irish airline because of the excessive demands of the air carrier, that violated the law. The Minister of infrastructure Vladimir Omelian already declared intention to dismiss the General Director of the airport “Borispol” Paul Ryabikina for the failure of the contract. Earlier “Today,” wrote why Ryanair may return to Ukraine.