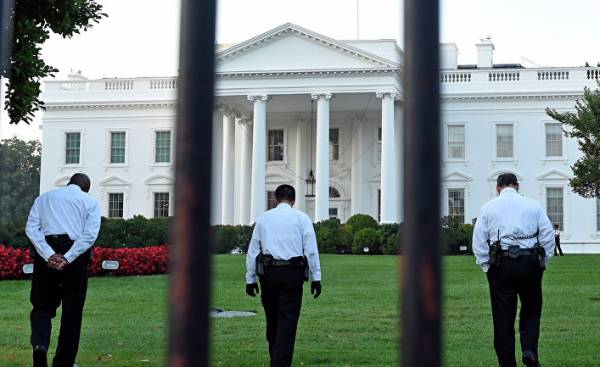 Democrats, who still can’t accept defeat in the presidential election of 2016, accusing the team of three that received assistance from an impact on the vote of the Russian special services. Eventually they went even further, stating “treason” of the President and his entourage. The problem is that at the moment representatives of the American special services not been provided with any evidence that could be accepted by the court.

It is impossible not to recognize that in almost all democracies, the losers of today don’t want to admit their own mistakes and blamed the failure on some “dark forces”, which essentially forced the voters. The democratic system they like, when she allows to come to power, but not when ignorant and/or caught in someone’s “influence” voters support their opponents. In such a situation, the loser immediately declare “conspiracy”.

If the Russian security services actually had a hand in the presidential election of 2016, their American colleagues, too, were part of the political game due to the fact that even many representatives of the Republican camp (Senator John McCain) saw the arrival of Donald trump to power as a defeat.

In fact, everything is much more prosaic. The neo-conservatives, who were supported by the defense industry lobby (it is feared for its huge profits) and intelligence community (jealously cling to their prerogatives), saw the election of President trump is a threat to their interests. As you remember, during the campaign, he emphasized the limitation of US military operations and the reduction of weapons programmes, but also criticized the security services.

A bit of history

The collapse of the Soviet Union led to the disappearance of the main and most powerful enemy of the West, which greatly upset US. The neocons took advantage of the confusion in Central Europe to expand its influence on the continent with groups like the National endowment for democracy, which for the most part were financed with public funds. It was called a triumph of “soft power”, which, if necessary, was reinforced by a tangible bombing.

Although these organizations were not at the forefront of the Arab revolutions of 2011, which came as a surprise for all (especially for intelligence), they “accompanied” them in the hope approve favorable to the Washington government under the pretext of spreading “democracy” (the new religion and the justification of the modern “Crusades”). In this they relied on the “Muslim brotherhood” (banned in Russia organization — approx. ed.) which was considered acceptable by the partners, once agreed to take part in the sacred electoral process. They deliberately turned a blind eye to the fact that the ultimate goal of the movement is also in the formation of a Caliphate with Sharia law. From “al-Qaeda” and “Islamic state” (banned in Russia as a terrorist organization — approx. ed.) “Muslim brotherhood” was marked by only the means of achieving it.

In General, American policy was crowned with success for the neocons, who took advantage of Russia’s weakness to advance his pawns through NATO, stepping on the boundaries of what was considered “the Russian Empire”. The greatest deception the US was the formation of a missile defense system in Central Europe, ostensibly to protect against Iranian missiles. Even if we ignore the fact that the system itself does not protect Europe from a potential Iranian threat, there is no doubt that its purpose in the first place is Russia.

At the same time Washington was in for a big disappointment in the middle East, where instead of deposed dictators of chaos. The emergence of ISIS, which was a breakaway from the “al-Qaeda” ultra-radical group, too, was a surprise. In addition, some policies (unexpectedly for the security services) did not follow the established Washington’s line of conduct. We are talking about Bashar al-Assad and Marshal Al-Sisi. Finally, a few recovered during this time the “Russian bear” responded to the strategy of influence in Washington, spending a number of effective counter-attacks. Ukraine, Georgia and Belarus have become points of friction, where the United States can no longer move forward.

The neocons brought down on the head of Vladimir Putin’s thunder and lightning. Standing at the helm of Russia’s former “security officer” is guilty in all troubles. In addition, in 2015, he allowed himself to praise the Russian “spies”, calling them strong brave people who effectively defend the sovereignty, territorial integrity and the lives of Russian citizens. Their Western colleagues had never seen such support from the political authorities… Americans with short and/or selective memory too quickly forgotten, that is until the election of the President of the United States (1989-93), George Bush senior some time was Director of the CIA.

A significant part of intellectuals in Western Europe (1), which in the past was floating on the waves of Marxism-Leninism (the most radical and even Maoist), made a forced “cultural revolution” after the collapse of the Soviet “model” (2).

They embraced the “Obamamania” where they gradually moved into Atlantis. Since these intellectuals with a great reputation and an active presence in the media (“the fifth power”, which definitely would like to climb higher in the list) or otherwise follow the established Washington course.

In the past the desire to stand out, they were big Communists than members of the Communist party, and today they are great the neo-cons than their American counterparts. As in the past, and now they are tied for first place “democratic morality” to justify their decisions. It is extremely convenient because it allows you to shrug off any dissent (even without discussing the essence of the ideas): they call critics of hopeless idiots, “fascists” (3) mentally ill or who needs to be locked (such methods were in Vogue in the Soviet Union). Their arrogance is matched only by their contempt for opponents, and (even worse) to the people that they believe in the mystery of the dark and ignorant. But the worst part is that they are sincere and honestly believe in his innocence, although doubt is the first step of wisdom…

The actions of the Russian special services

Anyway, Russian secret services clearly showed “interest” to the American elections, because the likely coming to power, Hillary Clinton was considered by the Kremlin as a threat to its bordering the militancy of the neoconservative beliefs. They probably even had different type of surgery effects, but not for the winning trump, and to counter Clinton.

The criticisms of the Russian media and, in particular, Russia Today and Sputnik, which “waged a campaign” against Clinton, is justified. These media are clearly under the influence of the Kremlin in exactly the same way as the radio “Freedom” has followed the politics of the White house during the elections.

In fact, Russian security services went on the offensive everywhere, which affected the interests of Moscow. Vladimir Putin understands that intelligence, disinformation, corruption and other active methods allow you to achieve results without a single shot and at a lower cost.

Perhaps this will surprise you, but in this approach there is nothing strange. Intelligence agencies pay for the exploration and protection of the interests of the country abroad. Moreover, such actions may in some cases openly violent, as was the case with a number of operations on neutralization, which ordered President Obama.

Risers in the case of the United States the question as follows: did us intelligence to give an appropriate answer and take the right political decisions on the basis of presented data?

The existence of security services allows the governments (even in democracies) to escape from the clutches of national and international laws to act in the “best interests of the nation.” Some people might not admit it due to social ideas about “morality”. However, it is that the rise to power no one dared to abolish them. Up to the present time no government in the world was not without intelligence. It tells us about their indispensability to the normal operation state. Anyway, you need to not only tell politicians what they want to hear, as has happened many times in the past.

The situation is increasingly out of control

In the latest report of the National intelligence Council refers to the “dynamics” that “exacerbates tensions between countries, increasing the risk of conflict between States in the next five years, ( … ), the weaker Europe, uncertainty with the U.S. role in the international arena and doubts about conventions peacekeeping and the protection of human rights offer opportunities to China and Russia. This situation will play into the hands of non-governmental aggressors will give a second wind to the regional competition, for example, between Riyadh and Tehran, Islamabad and new Delhi on the Korean Peninsula.” Experts LDCs are absolutely right, because the rivalry between Riyadh and Tehran reached its climax with a blockade of Qatar, and on the Korean Peninsula a spark to explode, both literally and figuratively. Any more or less attentive observer is aware that tensions are growing around the world and that some leaders are pushing everything to the brink.

Key role in all of this, of course, belongs to the United States, which remains the first world power, both economically and militarily. Their traditions of true democracy to lead them to rational solutions. Therefore, it is high time to stop to play the current domestic tragicomedy, which, apparently, has distorted their perception of the outside world. Then they can return to the fore again to play their rightful role. In addition you need to Donald trump was at the height of the task facing him. And on this score yet a doubt remains.

1. Now has confirmed a new generation of intellectuals, but it was prepared by the previous and goes on his way.

2. With all this, few of them acknowledged its past mistakes and including mass crimes in the name of marisma-Leninism.

3. By the intellectuals constantly hear statements about “the darkest hours of history”, but they have virtually no idea what was going on really, because almost not listening to historians.

4. USA, of course, never interfered in the elections in Latin America and Europe, and France did not affect Africa.