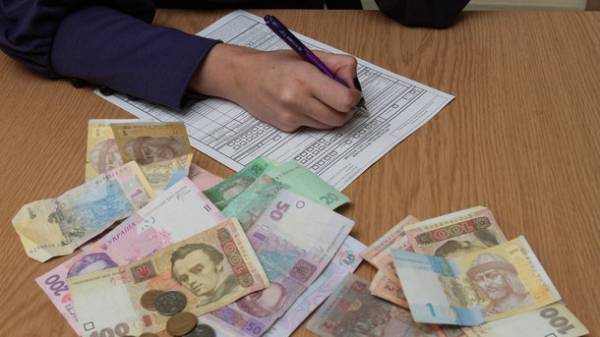 In Ukraine before the end of the summer you need to pay a tax for “excess” property. Bills should come before the first of July, and you’ll need to pay at least until the end of August. Otherwise the fines. The website “Today” answers major questions about who and how many will have to pay for the property and how has the tax.

What if I does not belong to the whole apartment, but only part of it?

Tax will only have to pay tax on their portion of real estate. For example, if there are two apartments with an area of 100 square meters each, but in the second apartment has the right property is only half of the real estate can be considered the amount of tax on the basis of the total area of 150 squares. 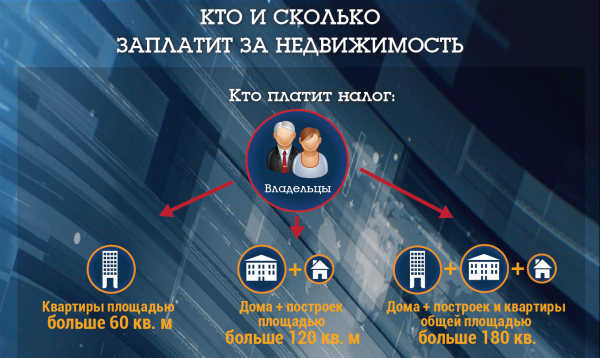 If the apartment is owned by two person, but the document does not specify what portion of the property owned by each of the holders, to pay to one of the owners. But in the Tax code it is noted that this is possible, if the owners agreed who will pay. Otherwise, you can go to court and decide who and in what shares pays the tax.

I have a garage extension to the house, barn and chicken coop. All you need to pay tax?

The Code says that the object of taxation – residential and non-residential premises including their share. According to the law, you need to pay for garages, outbuildings and sheds. However, the tax rate for real estate (and residential) defines the local authorities. At the moment the law provides: the tax rate should range from 0 to 1.5% of the minimum wage.

The majority of local councils for non-residential premises established a zero rate for individuals. “In fact in garages and sheds little who pay. But the Tax code after the edits provides such an opportunity. If your town or city need to pay for garages and sheds, then it makes sense to ask the local deputies: “why are you in such a vote?”. It is they, local MPs, to decide”, says the Tax code lawyer Alexander Plahotnik.

How to calculate how much I owe?

It is easier to wait for the bills. There should be a specified area and the amount. If the property, for example, there are two apartments with a total area of 200 square meters, but the payment system still does not come, should contact a local “tax”. Perhaps the bills just lost. As explained in the GFS, the bills had to come before the first of July.

In addition, it is possible to calculate how much you will have to pay. Tax must be charged for apartments with an area of not less than 60 squares and home area of 120 square meters. If the ownership of the house and the flat – tax with a total area not less than 180 squares. In this case you need to pay for each “extra” square in excess of the norm. Local authorities can increase provision, for example, charge a tax on apartments area of between 60 and 80 squares.

For example, if there is an apartment with an area of 70 squares, when “norm” of 60 squares will need to pay only 10 metres, while the norm in 80 squares – not have to pay.

Each “extra” square meter is not more than 1.5% of the minimum wage as of January first of last year. 2016 started with minimal 1378 hryvnia. Thus, this year for each square square surgery need to pay from 0 to 20.67 hryvnia.

The minimum wage has doubled, doesn’t this affect the tax?

Affected, but in 2018. In 2017, the Ukrainians are paying the property tax for last year, so it is counted from the minimum wage. Next year will have to pay tax this year, and then every extra square foot will cost from 0 to 48 UAH. For example, when the maximum possible bet the owner of the apartment with an area of 80 squares will have to pay a tax of 960 USD.

When you need to pay?

After came payment system, there are two months to pay for it. The deadline is until September. You can pay later, but then will accrue fines. For the first month of “delay” +10% of the amount of tax, for the second month +20% of the amount of the tax.

What if you do not pay?

The tax inspector may impose a debt on the part of the property tax lien. If the tax is not paid for a long period of time the property is sold by court order. In addition, for tax evasion are criminalized (article 212 of the CCU).

It should be noted that the funds collected to replenish local budgets. These funds are the local authority directs to city programs, city beautification, etc.

What other taxes to pay Ukrainians this year, you can read here.