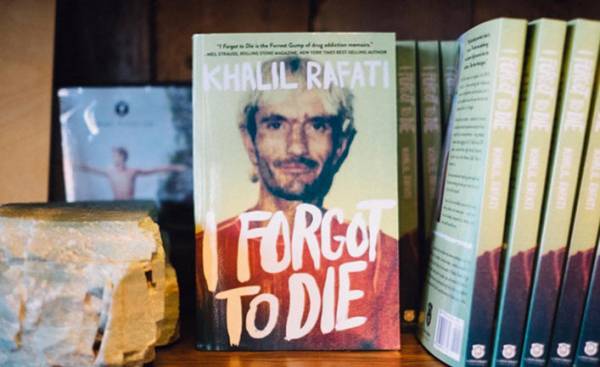 In 2003, he was 33 years old, he lived on the streets of Los Angeles. He was sitting on cocaine, weighed 49 kg and his skin was covered with sores.

“I was arrested so often that I don’t even remember how much it was. I was a drug addict and was in so much pain that I couldn’t sleep,” says Khalil.

He tried many times to quit, but only after a nine-overdose finally realized that it is time to change a life if he actually wants to live. Khalil spent four months in the rehabilitation centre and since then never took drugs.

Starting a new life, Khalil not only forgot about the drugs, but were so successful that he became a millionaire and owner of his own business in California.

His company is a healthy food called Sunlife Organics.

The company’s annual sales amount to more than $ 6 million. Products are sold in six café-bars, it’s juices and their own clothing line.

In addition, sales go through the web site, the company planned to expand ten more outlets in USA and Japan.

Khalil is now 46 years old and he has a private jet. It is no exaggeration to say that he has come a long way since a tramp spent the night in cardboard boxes on the streets.

The story of Khalil could be the plot for a Hollywood movie.

He was born in the Midwest, in Ohio, his mother Polish Jew, her father was a Muslim.

His childhood was difficult: he left school without receiving any education, and very soon followed the first arrest for vandalism and theft in stores.

In 1992, when he turned 21, Khalil moved to Los Angeles dreaming of becoming a movie star.

His acting career did not start, but he started playing in local music groups, and earning a living by washing cars. He washed the car for Elizabeth Taylor, Jeff bridges and guitarist of Guns N’ Roses Slash. 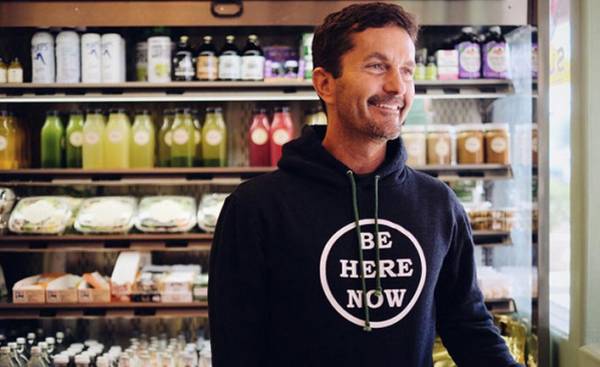 However, he soon got into drugs and his life spiraled out of control. In the end, ended up that he slept on the streets and earned a new dose, trading drugs.

But after the ninth fatal overdose, his life changed for the better. Coming out of rehab’s, he began working on several jobs.

He worked in a rehabilitation center in Malibu, washed cars, walked dogs and worked as a gardener.

“I managed to save up some money, I worked seven days a week, 16 hours a day,” says Khalil.

But after meeting with an old friend from Ohio, Halil was captured by the idea of making your own juices from fruits and vegetables.

“He was a bit of a hippie, told me about vitamins, organic foods, supervise (a term not accepted by nutritionists, but indicates the products that are useful for health, for the most part, of vegetable origin). Then I clung to anything that can help me feel better,” recalls Khalil.

In 2007 he rented a house and opened his own rehab Riviera Recovery, which customers were willing to pay 10 thousand dollars a month.

For patients their rehabilitation center Khalil invented their own fruit mix called “Wolverine”, it consisted of a banana, chopped tubers of the Peruvian plant Maca, bee uterine milk and pollen.

Very soon the fame of this drink has gone far beyond rehab’s, and people began to call and ask, is it possible just to buy this drink.

Realizing that the demand is great enough, in 2011, along with his best friend and his girlfriend, Khalil founded the company Sunlife Organic.

Using only their own money, the company opened its first store in Malibu. Khalil said that it was a real success: in the first year sales amounted to $ 1 million.

Rob Nazar, an analyst at the new York branch of Deutsche Bank, believes that the story of Khalil is the story of a man with a strong character.

“No matter what your education or professional experience, success is determined by strength of character, determination and ambition,” he says.

In addition to Sunlife Organics, Khalil continues to work in a rehabilitation center and owns a yoga Studio in Malibu.

He even took the time to write an autobiography called “I forgot to die”, released in 2015.

“I don’t consider myself sverhamin. But I have a lust for life, and if I decide to take on any case, I give him all my strength,” says Khalil.