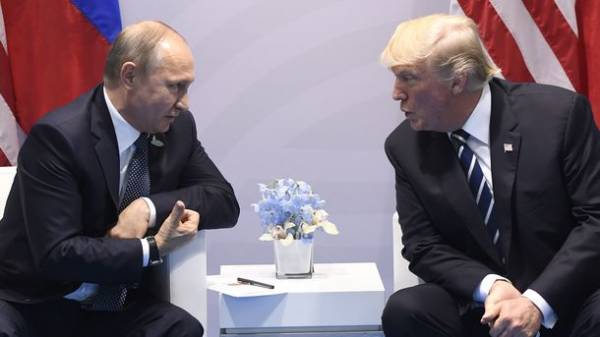 Between the President of the United States Donald trump and his Russian counterpart Vladimir Putin has been talking tough during the closed-door talks at the G20 summit in Hamburg. It is reported by The New York Times, citing a source in the White house, who learned this information from the Secretary of state Rex Tillerson, reports.

According to the publication, trump and Putin for nearly 40 minutes discussing a single issue – the alleged Russian interference in presidential elections in the United States.

It is alleged that the conversation on this topic was intense. The two leaders argued and Putin “loudly demanded proof from the President.”

In the end, trump invited the interlocutor to change the subject and move on to the issue of Syria.

As reported earlier, Donald trump praised his meeting with Vladimir Putin as amazing. The talks lasted more than two hours.