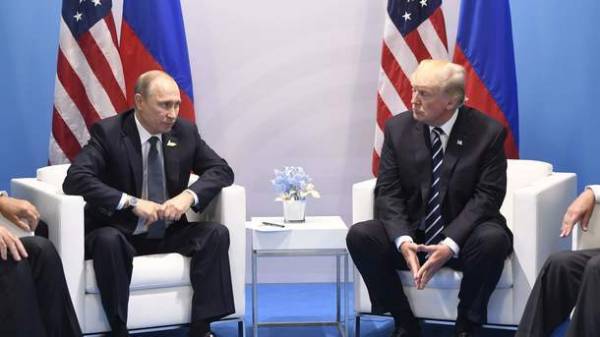 Meeting at the summit of “Big twenty” in Hamburg with the President of the United States Donald trump was not in favor of Russian leader Vladimir Putin and Russia in General. About it I wrote in Facebook the Russian oppositionist Konstantin Borovoy.

According to him, Putin has not achieved its goals during a meeting with the American President.

“The host was trump. Putin defended. For him it is a complete failure: the Ukraine he does not surrender, will not remove the sanctions, departmenet will not return from Syria squeezed,” wrote Borovoy.

As we learned from the American media, citing the White house, by Donald trump, and Vladimir Putin has been talking tough during the closed-door talks at the G20 summit in Hamburg.