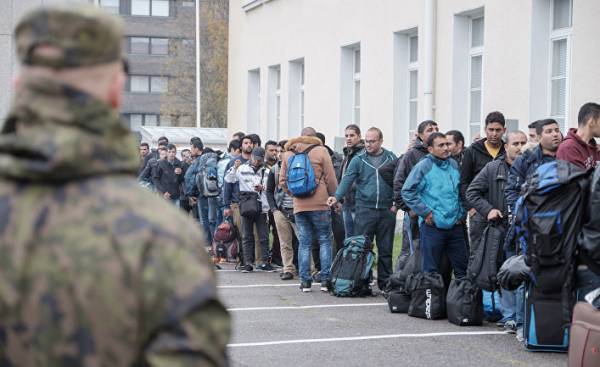 Finca Mirka seppälä (Seppälä Mirka) and Afghan Kindergarten Bahruz (Sadiq Bahrooz) both help the refugees but in their own way: one is looking for a new house, and the other, also a refugee himself, protesting against their forced return to their homeland.

Hundreds of Finns took the refugees under his roof

“Already more than five hundred Finns have placed refugees in their homes, and this number is constantly growing,” says Mirka seppälä, project Manager Kotimajoitusverkosto movement that unites people who are ready to take up refugees. Among them was Mirka herself.

“Homestay is not a new phenomenon among the project participants there are those who have hosted refugees, or people without documents dozens of years,” she says. Just before people offered a home to those who have acquainted themselves, and now the movement Kotimajoitusverkosto their help can offer, and one who used to be refugees are not communicated. In addition, for project participants, there is support that they had someone to discuss problems and to talk about their feelings.

According to Mirka seppälä willing to provide housing for people by age, profession, and education. Nevertheless, she calls the two most common groups. These are young people of about thirty who are accustomed from childhood to perceive the world as a whole and which was treated with great hospitality, as well as parents, whose children have to live separately.

Among those looking for a new home, most immigrants from Iraq and Afghanistan. Many of them already know English or Finnish, because language greatly contributes to the integration into society.

Turn to us for help and those who are most difficult to live in the reception centres for refugees: families, sexual minorities, those who had to live in the shelter (in Finland, there are shelters for people who, because of domestic violence are unable to return home — approx. TRANS.) and those who only recently reached adulthood.

Experience that turns the whole life

“Starting work on the creation of our movement, we have been preparing for possible conflict situations, but in reality they turned out to be quite a bit,” says Mirka seppälä. This really helps the fact that before a refugee is situated in a Finnish family, with the hosts conduct interviews, and future neighbors get to know each other.

Among those wishing to place refugees are those who openly says he wants to find a wife or in need of free labor. Such candidates are eliminated. “And yet most people just want to help, and they believe that this is the right way,” adds seppälä.

The vast majority of cases, the experience of family placement is positive. “Many people say that their life is dramatically changed when suddenly they had a new member of the family that brought them into the house a new culture and opened for them a new view of the world,” she says.

Most often, the main difficulty is a huge thanks to those who took in a family: “They have to constantly encourage them, to say that this is now their home too, and they don’t need all the time to ask permission or beg forgiveness”.

A source of problems for those who opened their homes for refugees, it becomes the current Finnish policy in relation to asylum: “If the person who filed the petition for asylum, had become part of the family, they all have incredibly hard, if in the end he was being deported”.

Mirka seppälä lives in Joensuu, and she also hosted a refugee Iraqi Kurd. They live in a shared house with another Finn.

Mirka met her future neighbor in the linguistic cafe in his job at the library. When their house was spare, they invited the young man to live with them. “On the one hand, we are ordinary neighbors, and on the other he’s like my little brother. He calls me big sister,” says seppälä.

The hardest thing, she said, to learn not to ask your new neighbor about too much, because he’s happy to oblige always and everywhere: “we Need to be careful that he didn’t think he needed to pay for their place in the world and in our house.”

Work Mirka seppälä and her neighbour, Finn requires regular travel so a new comrade very helps them in their absence he cares about cats. This experience is useful to the girl and to work, she finds herself in the place of those who provide the refugees with housing.

But best of all, from her point of view, the fact that in her life there was another important person: “Actually with the advent of Dashti us began to live much better. For example, we often eat all together, because in his culture so it is accepted”.

Seppälä says that he has learned from his new friend perseverance and attachment to other people, as opposed to Finnish individualism.

“First, Dashti knew only Kurdish, but a couple of years to learn Finnish, English and Arabic,” — with approval, she says.

If shelter cannot be obtained

A native of Afghanistan Garden Bahruz primarily helps those whose hopes to obtain asylum in Finland may collapse.

Bahruz is one of the key figures of the solidarity movement “Stop the deportation” (Lopettakaa karkotukset), whose main purpose is to stop the forced return of people to areas of conflict and to the countries from which they fled. The movement unites people all over Finland, and not only Afghans, but Iraqis and Finns.

“The worst thing for a refugee that time when you have to sit in the detention center for migrants, where there is nothing left to do but wait until the police to deliver him to the airport and expelled from the country,” says Bahruz, which is representative of the Afghan community in the movement.

In this case, representatives of the movement come to the refugee, in detail learn about his position and trying to get out. According to Bahruz, they managed to release 10-15 people from the detention centre for migrants in the Helsinki area Metsala.

Learned about the deportation — and in the case

Also Bahruz says that they managed to delay the deportation of dozens of people.

“When we hear that someone is going to be deported, we immediately know where this man is, trying to help him,” explains Bahruz. If the person is already at the airport, representatives of the movement go there and arrange a demonstration.

The movement also supports those who are released from the centre of temporary placement, including helping them find housing.

At the time of our conversation, Bahruz and he is not sure in their future. The migration service of Finland and the administrative court rejected his application for asylum.

And yet he remains optimistic: the Supreme administrative court of Finland has accepted his appeal and decided to send his request for reconsideration to the Migration service.

He has another interview for asylum. “This interview will determine my entire future life”, — says Bahruz.