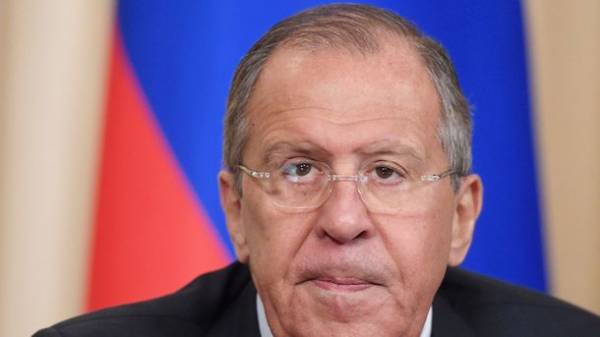 The Russian foreign Minister Sergei Lavrov said that he did not see any withdrawal of the USA from the Minsk agreements and that, on the contrary, Moscow and Washington have a common interest to accelerate the settlement in the East of Ukraine based on the Minsk agreements.

Answering a question of journalists after a meeting of Russian President Vladimir Putin and U.S. President Donald trump on the sidelines of the G20 in Hamburg on Friday, Lavrov said: “I do not recall that the President of the trump offered some other plan (for settlement in the East of Ukraine – ed.)”.

“And today’s long interview this morning with Rex Tillerson (U.S. Secretary of state – ed.) did not reveal any waste from the Minsk agreements”, – said the Russian Minister.

“There was a focus on what you need – like yesterday in Paris we talked with the Minister of foreign Affairs of France Jean-Yves Le Drian – there is a common interest to accelerate progress on the path, which is contained in the Minsk agreements”, – Lavrov said.