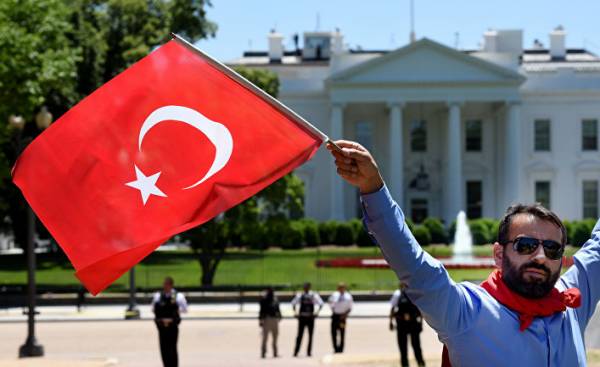 Politicians are accustomed to put on airs, to look at people from the top down. They claim to address, to determine the fate and way of life of each person, the relationship between countries and even within life itself.

But life — even though it often seems that it is subject to politics — is still flowing in their direction.

Sometimes companies can believe in other realities, different from, say political authorities. As the Italian scientist Galileo Galilei, who, in order to escape the indignation of the Inquisition in 1633, at first acknowledged: “Well, the Earth is not rotating”, and after the trial said, “And still it moves!”

But in any case, in the formation of public attitudes, value judgments frequently have an effect on politicians plays a special role.

Especially problematic from the point of view of the democratic traditions of countries.

I remember the 80-ies, when I first went to the Soviet Union.

— Where are you from? From Turkey? And, Yes, I know, that is heard. Its place on the map? Somewhere near, I think… Near the India?..

Someone from Turkey do I know? Hmm… had… Then Ataturk, Nazim Hikmet,… More a humorous author, what was his name, Aziz? Honestly, I can’t remember…

— Turkey? And, Yes, I know. The country, which NATO used as a weapon against us… You, the Turks, a very warlike people. But in most wars we’ve defeated you…

For more than 500 years old neighbourhood of the Turks and Russians fought many times.

At one point we sort of became friends (with Ataturk and Lenin). Moreover, the Soviet weapons and money have made a significant contribution to our victory in the national liberation war.

But then again the two States drifted apart from each other. Hot conflicts have replaced the cold war. With the incident behind her, easing the peoples began again to get to know each other. The first steps of the business, the agreement on natural gas in 1984 — and the climate warmer.
Developing trade and tourism. Over time, the friendship, even the love and marriages brought relations between the two countries to a whole new level.

One day the worst happened — and the scene from the movie, where it all froze. 24 Nov 2015 Turkey shot down a Russian plane. Friendship, trade, tourism ended in an instant…

The authorities did not mince words… the media started talking a different language. No, I’m not just talking about our “Pro-government” media. They too, of course. But the real “miracles” created “Pro-government” Russian media.

On some TV programs in Moscow, in which I participated, I saw that sometimes the matter went beyond nationalism and freed the way for the racism, hate speech…

According to a survey published at the end of 2015, in messages and comments in the Russian press Turkey suddenly became a “hostile country number one”, bypassing the Ukraine and the USA.

And another survey conducted soon afterwards showed that about 65% of the Turkish companies believe that “Russia is a threat for Turkey.” Although last year the number of supporters of this opinion was only 28%.

Then the political authorities sat down and did the math. They apologized and accepted the apology, though not particularly wanted it. And tried to restore the burned bridges. With the summer of 2016, the two countries, but rather the leaders of the two countries “gradually reconciled”.

Though at times this comes in the form of “one step forward and two steps back”, the total rate is considered positive. Good, and society?

Is it possible in a moment to overcome the devastating effects of severe propaganda, which lasted several months?

We can say that along with the restoration of relations, the public opinion is also step by step improving. If only not to exaggerate the positive comments.

According to the public opinion survey conducted recently in Russia, Russian citizens now believe that relations with Turkey “started to stabilize”.

In the poll the all-Russia centre of studying of public opinion of the respondents with “negative” feelings and thoughts in relation to Turkey more than “positive” respondents, but the number is gradually increasing.

The number of those who believe that bilateral relations are “strained,” and are at the level of “animosity” over the past year declined from 70% to 28%.

Approximately one-third (31%) believes that relations with Turkey “has embarked on the path of settlement”. 13% hold the opposite opinion. In General, at this stage, the attitude towards Turkey is still at the level of “cautious optimism.” 8% of Russians to determine the relations of the two countries as “good”, 6% as “friendly” and 5% as “quite warm”.

I have no doubt that if the authorities of the two States again does not quarrel with each other because of their policy in Syria or for any other reason, the friendship between the peoples will become stronger.