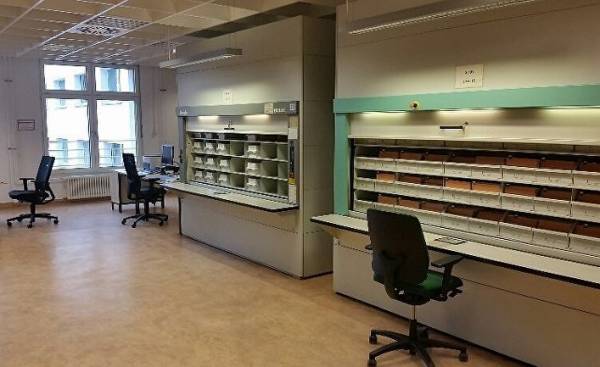 It is well known how George Bush looked into Vladimir Putin’s eyes and realized that he is the man of “direct and reliable”. There is no doubt that such a “business pragmatism” and naive to expect the Russian ruler when he meets this week with President Donald trump in Hamburg at the summit of the group of 20. According to John McCain, when he looks into Putin’s eyes, he sees there “the letters K, G and B”. And German Chancellor Angela Merkel, who is originally from East Germany, reads in them the word “Stasi”. President Trump may not like it, but he needs to take a note of the fact that Putin is not a businessman. He is a schemer to the bone.

Staatssicherheitsdienst, as they called intelligence service of Communist East Germany, was infamous for its surveillance of citizens. This is the best student of the KGB brought the case on six of the 17 million citizens of East Germany by putting back everything to the smallest detail, including samples of sweat and body odor. A friend of mine from East Germany, which was shadowed loved in those days to say that the land of opportunity and should be called the German Democratic Republic — are so various and extensive were there methods of Communist repression.

But the Stasi showed the same zeal and thoroughness in the work of penetration in West Germany and to undermine its democracy. We know this, because unlike the KGB, the archives of the Stasi were opened, when in 1990 East Germany disappeared, together with the Western. In these extensive archives today we find hints of the work of Putin against the U.S. and our Western partners. If history teaches something, it’s that the treachery of Putin is not merely interference in the elections.

For example, in the early 1960s, East Germany years spent in the West, a large-scale campaign of anti-Semitism by funding and coordinating the activities of various nostalgic for Nazism parties and organizations with the purpose of demoralization of young democracy and the weakening of confidence in Bannu. “You Jewish pig, we forgot to send you to the gas chamber,” reads one of the sample letters found in the materials the Stasi after the fall of the Berlin wall. Many such e-mails signed by “SS veterans” came to the addresses of prominent Jewish leaders and members of their families. Chancellor Konrad Adenauer believed from the outset that these provocations is the “Stasi”, but he didn’t want to raise this issue with allies, fearing that we would be considered paranoid. Determined Communist agents more than 40 years carried out transactions of this kind, barbarously desecrating synagogues and Jewish cemeteries, sending letters with words of hate and threatening to kill Jewish leaders from West Germany.

But was not only active events. The Stasi have become skilled in the classic art of espionage, showing in this matter of exceptional patience. The infamous spy Markus wolf (Markus Wolf) has created a “network of Romeo,” which taught agents of “Stasi” to fool people and turn them into sources of information, declining to a long-term relationship. Gabriela the Customer. it (Gabriele Kliem) was one of the many who was arrested for espionage after reunification of Germany. She worked as a translator at the American Embassy in Bonn, and was regularly supplied her groom, a noble champion for peace (as it seemed at the time) Frank Ditsela (Frank Dietzel) secret documents, doing it for seven years. It turned out that Dietzel — agent “Stasi”, who were ordered to seduce the Customer. Another scout from “Romeo” infiltrated the office of Chancellor Helmut Schmidt. And before that, agent “Stasi” günter Guillaume (Guenter Guillaume) became a high-ranking assistant to the head of West Germany Willy Brandt.

Its tentacles “Stasi” ran everywhere. In West Germany, she had over 12 thousand of informants. The pastor of a West German town of Dorsten, 80 kilometres North of Cologne, and became an outstanding source of East German intelligence. Learning of this, his congregation was overwhelmed, as my father, Frindt seemed so nice and trustworthy. Print, produced dozens of records, and one of them describes the activities of his fellow-priest Joseph Ratzinger, who later became Pope Benedict XVI.

Effect if the “Stasi” in the history of West Germany? In 2009, who worked in the archives of the East German intelligence scientists have found that the agent “Stasi” was a policeman from West Berlin Karl-Heinz Kurras (Karl-Heinz Kurras), shot in June 1967 of the civilian demonstrators. This murder led to the strengthening of the peace movement in Germany. Two years later, it was revealed another secret. Horst Mahler (Horst Mahler), from the widow of the slain protester in the trial of her husband’s death, has been linked to the Stasi. Mahler became one of the founders of the “red Army Faction”, also known as Banda Baader-Meinhof.

We do not know everything about this period, and there are many uncertainties. In the last days of the regime of the Stasi destroyed countless documents. Thousands of bags with destruction of cases in which approximately 33 million shredded pages, waiting for their turn for restoration.

But we know one thing. Putin formed, marinas in this environment of blackmail, bribery, pathological manipulation and hypocrisy. The German biographer of Putin Raytshuster Boris (Boris Reitschuster) says that after spending a few years in Dresden in East Germany, which became for him a period of formation as a person and a KGB officer, Putin has decided “to create something like that of the GDR.”

How deeply penetrated today, Putin to the West and in the United States? On inauguration day in January when about 200 black-clad protesters a few blocks from the White house began throwing stones and bottles at the police, I was seated nearby in the restaurant along with a young Ukrainian activist and friend, and was watching the news on TV. My Ukrainian friend responded immediately: “It’s Russian!”

FSB provocateurs among us? You probably should not become too involved. But the nervous reaction of my colleagues, who directly knows these people, shows what they’re capable of. If we want to properly assess Putin, we should remember recent history and examples from it. This is unlikely to be an indicator of low intelligence quotient and a sign of outright stupidity.

Jeffrey Gedmin is a senior fellow at the Atlantic Council, former Director of the aspen Institute in Berlin, the former President and CEO of Radio Free Europe/Radio Liberty.