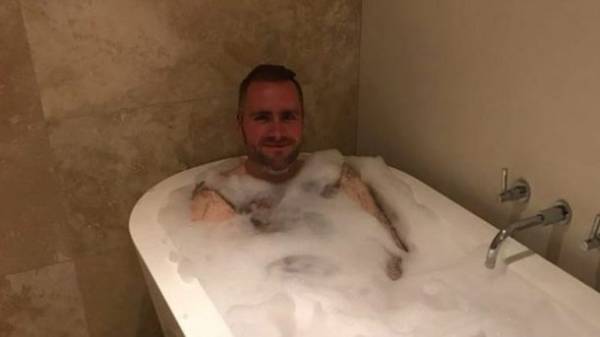 37-year-old Briton Charles Plask, who a year ago weighed over 200 pounds, has done the seemingly impossible. The man dropped more than one third of its weight and was able to take a bath for the first time in 20 years. Take care of your health Plask decided after his close friend diagnosed with cancer, reports the Metro.

“I learned that my friend is really sick and I promised myself to take care of your health, however, this was not the only reason,” — said Plask, who for many years wore the top clothes size 8 XL.

“One night I got out of bed and heard a nasty crunch in the knee. I was stunned. It turned out, my kneecap began to crack under the pressure of my weight,” said the Briton.

The doctors offered Plaska several radical operations on the stomach and liposuction, however, the British decided to lose weight healthy methods. He chose a set of exercises in combination with a not too strict diet, which eventually brought incredible results. Recently Charles was able for the first time in 20 years to take a bath.

“It’s such a mundane thing, but to me it was unavailable – I would not fit in the bathroom. I also had to buy a few seats in the cabin, one was not enough,” said Plask.

British thanks for the help your friends, family and girlfriend.

“I thought life will live alone, but suddenly, I had a friend that was able to see that I’m a loving person. I am incredibly happy,” said Charles.