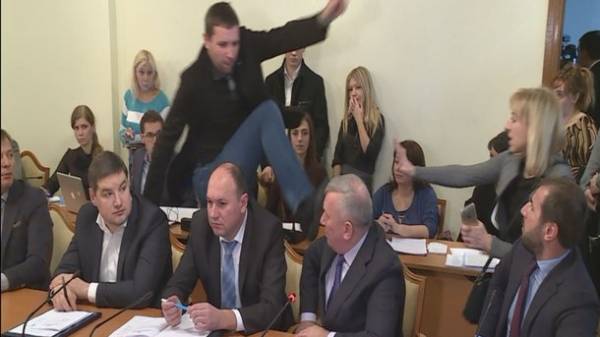 On March 14, the people’s Deputy Vladimir Parasyuk, which is involved in the blockade of Donbass, the head of a group of people in camouflage uniforms attacked the police officers guarding the checkpoint under the Slavonic. Law enforcement officers are unable to use weapons because of the presence among the attackers of the MP, as a result, seven police officers with injuries of varying severity in the hospital.

The incident angered the higher leadership of the relevant Ministry. “Nobody did more for the perversion of the concept of parliamentary immunity, than Parasyuk MP”, – said the head of the interior Ministry Arsen Avakov. The head of the Donetsk police Vyacheslav Abroskin, in turn, has said it will not allow to humiliate the police.

I do not understand the bully and colleagues in the Parliament immediately of the three factions, invited to the session hall of the national guard soldiers and national police were injured during night clashes. Besides the trick parasiuk, it seems, was the last drop in the Cup of patience of the President of Petro Poroshenko, who called the actions of the MP shameful and anti-state.

This is not the first fight Vladimir Parasyuk during his participation in the blockade. In early February, the Deputy struck the officer on the Bakhmutsky checkpoint – but no punishment followed. After a couple of weeks the MP with a gun bursting into a room of journalist Andrey Dzindzya, who arrived at the scene of the blockade. Among other things, in the short parliamentary history parasiuk – disrupted meetings of the commissions, negoprices and abandoned glasses.

For starters, Vladimir Parasyuk was the man who discovered a series of fights this convocation of the Verkhovna Rada. 4th December 2014 Parasyuk began to argue with the speaker Vladimir Groysman, another member of the audience asked rowdy to sit in his place. It all ended with the first mass flea market. Continued the series of battles he – in February trying to provoke Vladimir Litvin.

Sometimes Parasyuk was able to get in the news several times a day. For example, in July of 2015 he became the first MP, fined the new patrol police. The people’s choice just ignored the red light and was stopped by police officers. 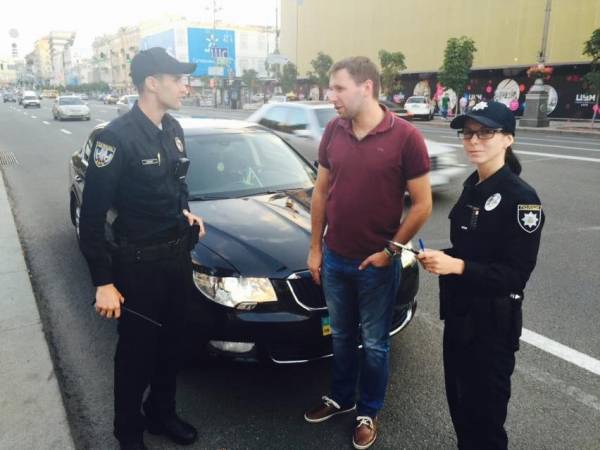 And on the same day staged a brawl in Parliament – one against parliamentarians of the BPP, to stand up for Roman Nasirov. “You parents didn’t teach that fighting is not good?” for the first time asked a rather rhetorical question Parasyuk Deputy speaker of Parliament Andriy Parubiy and advised to fight after the meetings.

Scandalous people’s Deputy to the Council listened – and in November, kicked in the head Vasily Pisny. Then he Parasyuk was a real hero of the Internet, and Volodymyr Groysman, tired to blush for the conduct of an MP, proposed to create a “Code of conduct for MPs”. Which, incidentally, is still under development.

The next day Parasyuk, who was involved in four productions of the GPU, said at the briefing of the Prosecutor Vladislav Kutsenko and made a public scandal.

Despite attempts by the MP to be closer to the people and to participate actively in public life, question it became more and more. In the fall of 2015 Vladimir Parasyuk came to support the blockade of the Crimea transferred to the war zone with volunteers of the SUV. How is a car used by one of the volunteer battalions, was on is unknown. 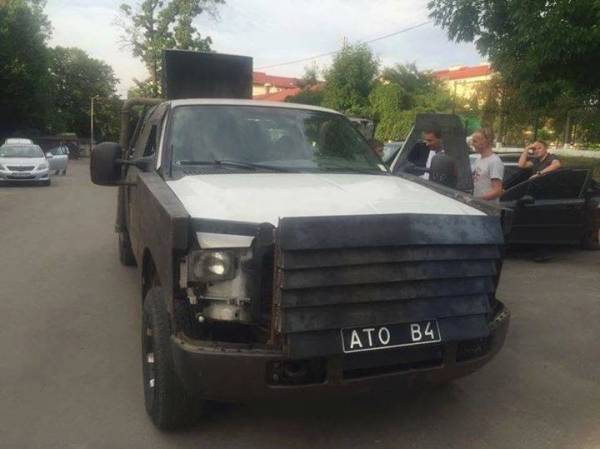 After the Crimea Parasyuk went looking for sparring partners to the East and was found in the person of the chief of police of the Luhansk region Anatoly Naumenko. The fight was short and malosolenoj, but loud – Parasyuk said Naumenko terrorist Naumenko parasiuk – smuggler.

Went to the MP and to the Central election Commission, tried to explain the structure of hell according to Dante and threatened to lead people. In response, the Deputy head of the CEC quoted Schopenhauer.

After the intellectual battle in the CEC Parasyuk went on a tour of Ukrainian courts. Started with a meeting in the Pechersk court of the capital where the decision on the measure of restraint for the leader of the party “Dill” Gennady Korban.

Then again I got the patrol, this time in Lviv for violation of traffic rules and without a license. As it turned out, in Western Ukraine Parasyuk came to together with fighters of “Right sector” to appear in the Transcarpathian court of appeal to provoke a mass brawl and throw a glass of water in the Prosecutor.

And yet – to climb over the fence of the Consulate General of Russia in Lviv, to disrupt the building of the Russian flag to wipe his feet on and, of course, to knock a guard.

Even the attempt not calmed odious people’s Deputy. This time Parasyuk began a series of fights with deputies from “Oppositional block”. First in the session hall, and after – and out of it. 23 September of last year Vladimir Parasyuk first verbally, and then physically grappled with Alexander Vilkul. Most went to the car Vilkul – Parasyuk keys scratched on it “VLK PNH”. Although, according to the Deputy from “opposition bloc” Michael Pope, analyzed the fight a Boxing referee gave the victory Vilkul.

The MP later admitted – would continue the next day along with the soldiers went to block office Alexander Vilkul. But left with nothing – the opponent did not.

But it came to news due to St. Nicholas. Or rather, the hours over 8 thousand UAH, included in the electronic Declaration, which Parasyuk, in his own words, gave Holy. Now, it seems, after beating of police officers disrupted the meeting of the Verkhovna Rada and a reprimand from the President, only the saints Parasyuk and can help.