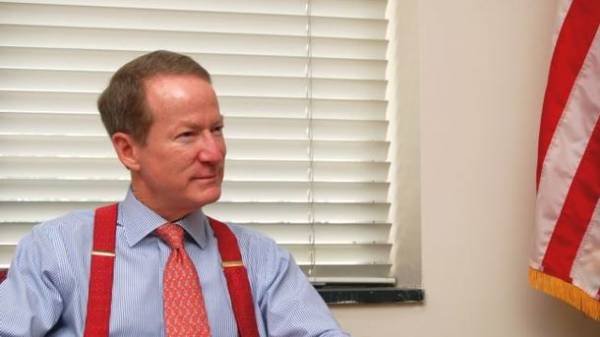 Deputy Secretary of state William Brownfield, representing the United States at the international conference on reforms in Ukraine, reported on the key condition of further support of Ukraine, reports “Ukrainian truth”.

In a brief speech at the open part of the conference, he stressed that the US “amazed” by the willingness of Ukraine to resist external challenges, and recognize the successful implementation of individual tasks of the reform.

At the same time, he emphasized the key issue of concern to Washington.

“I can only repeat the words of U.S. Secretary of state Rex Tillerson that he said at the last Ministerial meeting of NATO (in April – Ed.): we do not need to fight for the body of the Ukrainian state, including in the East, if it will lose its soul from corruption,” said Brownfield.

Azerbaijani defense Ministry: Armenia should not forget that our rocket will fly to the Metsamor nuclear power plant (Haqqin, Azerbaijan)