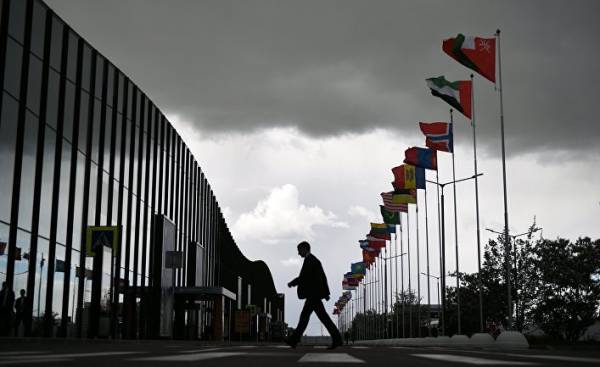 Exit the stage of Vladimir Putin at the St. Petersburg economic forum on June 2 was very unusual. To thunderous applause from the heads of Russian and foreign companies gathered at the “Paris on the Neva”, the President took the microphone and shouted: “at ease!” Western businessmen (among them were the leaders of the largest French companies) took it as a friendly greeting. The more that the translators translate his words as “Welcome”.

In any case, the Russian oligarchs and businessmen understood perfectly the meaning of the command, which officers in the army has give attention to the soldiers. But was it an innocent joke from the Russian leader? “It says a lot about the attitude of our President — ironically, a Russian Explorer. — Putin has sought, rather, to attract investors, and to remind his status of commander of the businessmen.”

At the forum in St. Petersburg the voice of Vladimir Putin sounded more confident that Russia, apparently, is selected from the economic crisis. After two years of recession, GDP grew by 0.5% in the first quarter. The government expects annual growth of 2% (1,4%, according to a conservative forecast of the IMF), which is very far from falling by 3.7% in 2015 and 0.2% in 2016. All indicators now in the “green zone”, the inflation rate did not exceed 4%, the currency stabilized at the level of 60 rubles per Euro, and the budget deficit was 1% below the target (i.e., will amount to 2.1%). In parallel, the consumption stabiliziruemost, industrial production is increasing, and the Central Bank cuts interest rates.

Anyway, no one to talk about the causes of the crisis, which thicken the atmosphere in 2014: falling oil prices and Western sanctions that were imposed against Russia after the Ukrainian crisis. European and American measures are still limited to the transmission of a number of technologies and financing of major projects. In any case, they have become part of life for Russians, who used to ignore or circumvent the prohibitions. Thus, the discussion of economic issues progressed, and just before the presidential elections (Vladimir Putin has not confirmed his participation in them) remains less than ten months, the forum focused on the future. Old record: reforms.

Everything will be promised Putin, although during the recent “Straight line” it is literally bombarded with social problems, in particular, questions about the salaries that are far below the official average (39 per thousand). In four years the number of people living below the poverty line of Russians increased from 16 to 23 million. The discussion of economic reforms, in turn, was carefully built by the Kremlin around two people: former Minister of Finance Alexey Kudrin and the Ombudsman for entrepreneurs Boris Titov.

They both adhere to liberal positions in the economy, but do not call for changes in policy. Their proposals were presented to the President. The first is committed to management reform and privatization to improve the efficiency of the economy (the role of the state in it is too large), as well as the continuation of the policy of reducing government expenditures and taxation. The second wants to move away from hard-line policy and create new sources of revenue with low taxes on investment, government incentives and the allocation of funds for diversification, to reduce dependence on oil.

This alternative is far from everyday problems of Russians, and the disputes it has been ten years. Some, such as the chamber of Commerce, outraged that forget about the medium and small business. If he received more support, could become a real field of technology and exports. Furthermore, it would formalize the many areas that are in shadow economy. Someone shows poor performance, which becomes the main obstacle in a country where the pursuit of innovation, but rather, is an exception. As for the promised by the Kremlin of the new engines of growth, while they are not visible. Although the economy emerges from recession and refuses to cuts, she does not actively create jobs.

In the business community frustration coexists with anxiety that the crisis was a missed opportunity to modernise the economy, and its recovery does not push the Kremlin to change. “Recent signals look worried,” says one of the main oligarchs of the country. In particular, he highlights the lack of fair and transparent judicial system, which has always been a problem for Russia. In addition, he is outraged at the latest actions of Igor Sechin, head of state company “Rosneft”. This friend of Vladimir Putin filed a lawsuit against the head of the holding “System” Vladimir Yevtushenkov, which operates in several sectors, and which was expelled from the oil sector, Sechin maneuvers.

Almost 2 billion dollars — this amount was at stake in the latest episode of this Saga, which last year once again gained momentum with the arrest of the Minister of economy Alexei Ulyukayev (he, apparently, became a victim of the intrigues of Igor Sechin). The incident aroused fears. “Open this does not say, but this is a bad signal,” says the same source. The fact that the Mirage of promises of liberal reforms, hiding the old habits of the law of the jungle. And at the top there can be only one commander. 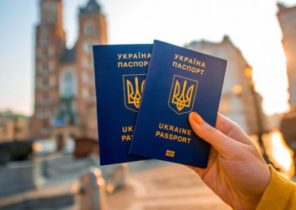 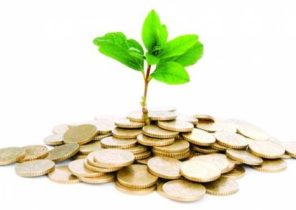