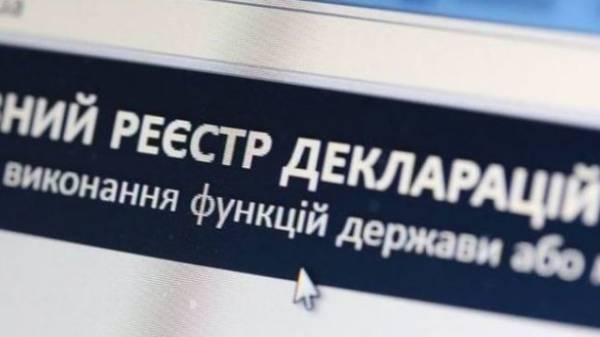 The National Agency on corruption prevention (NACP) presented a system of logical and arithmetical control of declarations submitted. About it reports a press-service of the NACP.

As described in the Agency, the system will calculate the indicator of risk rating of each Declaration, and sort them.

The risk rating system will calculate on the basis of “appropriate rules and weights”, said the NACP, referring to the Procedure control and full verification of declarations of persons authorized to perform state functions or local government.

The Agency believes that the technical capabilities of the system will accelerate the process of verification of declarations – including in periods of “high activity of subjects of Declaration”.

Recall that in NACP in early September, introduced the concept of anti-corruption strategy for 2018-2020.

As stated in NACP, the priorities of the anticorruption strategy include, among others: