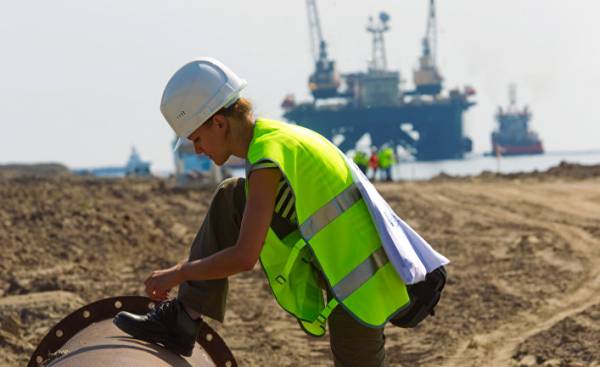 Russia, together with European energy companies seeking to expand laid under the Baltic sea gas pipeline “Nord stream”. However, the United States and some European politicians have opposed these plans: they are afraid to get into too much dependence on Russian energy supplies and instead prefer the Old world the supply of liquefied gas, including from the United States. The Secretary General of the Forum of gas exporting countries Hossein Adeli (Hossein Adeli), however, doubts the viability of such a strategy. According to him, Europe is already built too many plants for processing liquefied gas. The so-called “gas OPEC” consists of 13 countries, which account for a total of 65% of gas export in the world.

Die Welt: the Forum of gas exporting countries is sometimes called “gas OPEC.” Can he ever do to become such?

Hussein Adeli: I Think not. Unlike the oil cartel among our members there is no agreement on quotas for gas production. We are monitoring the market and collect all the data relative to the entire value chain. In the end, we analyzed data from the point of view of exporters, and provide recommendations to our members on how they can better face the challenges in the market.

— What has made Forum of gas exporting countries during 16 years of its existence?

— We have established a framework for collaboration are important producers of gas exporters to unify efforts when placing gas as one of the main types of fuel of the XXI century on the market. When we started, the gas was largely a product of local, not international use: while in 2001 the international gas trade was about 500 billion cubic meters a year, now this figure is more than 1000 billion. In addition, gas is one of the most important and cleanest sources of energy.

— The EU opposes the expansion of the Russian gas pipeline “Nord stream”. You understand why Europeans are configured so skeptical?

No, you don’t. I do not interfere in political issues, but our organization sees certain geopolitical features in skepticism of the EU project “Northern stream — 2”. Russian gas is close and cheap, and everyone knows that gas is a clean source of energy. Excessive focus on the risks of politicizing the issue, although it could provide an opportunity for the market — the ratio of supply and demand to decide it. According to our forecasts, the EU will continue to need Russian gas.

But Europe relies on renewable sources of energy.

— If Europe wants to achieve its very ambitious goals to reduce carbon emissions, then it has no choice but to gas. The development of renewable energy sources — a very long way, besides, they still have to Supplement with other fuels. If you use coal, then CO2 emissions will be higher by 60% than using gas.

Own gas production in Europe is declining faster than previously expected. The head of Gazprom Alexei Miller recently said that in a few years Europe even with an expanded pipeline “Nord stream” will run out of gas. Do you agree with this statement?

Our forecast States that Europe’s demand for gas will increase, but gradually, not abruptly. In the last couple of years she began to grow faster, and because of seasonal factors, i.e., winter cold, and also due to the reduction of its own production. If this trend does not change, it will need much more gas.

— Europe could increase purchases of liquefied gas. At the moment it is installed regasification loaded less than half.

Now Europe gets 88% of its gas through pipelines, and only the remaining part in the form of liquefied natural gas. The importance of LNG will grow, because many countries want to diversify their sources of gas. But from an economic point of view, LNG is usually significantly more expensive than pipeline gas, because it requires a much larger investment. By the way, in Europe natural gas from Russia is also cheaper than LNG from somewhere else.

— But isn’t it foolish not to load already constructed LNG terminals and regasification installed?

We also asked this question. Estimated regasification installation downloaded by 26%. In addition, a certain amount of the costs of their maintenance. In General, responsible officials in Europe should ask why they built so many unnecessary settings.

— Currently, 70% of international gas trade is carried out through pipelines, and LNG accounts for only about 30%. How could increase the share of LNG?

— By 2040, it will grow to 40% or even more. It is forecast by most experts. But LNG is becoming more important not only because of demand from consumers, but also because of proposals of producers.

In Asia in the future, demand for gas will grow in Europe too. Does this mean that the price will rise?

— In the next 15-25 years will be the main consumer of Asia, primarily India, China and to some extent Korea. In addition, it will increase the demand in the middle East and North Africa. This process has already begun: in the past year demand has grown in the middle East. In total, global demand by 2040 will grow by 50%.

— That is, gas prices will also rise?

— Price at any time and in any place is determined by supply and demand. On the other hand, it can be stated that in the past ten years gas has become the most preferred source of energy. That is, when the prices for oil grew and the price of gas. And it instilled confidence in many investors, especially those who invested in LNG, particularly in Qatar, Australia and the USA. They actually started to deliver it. This led to the fact that the price went down. Now we have large production capacity, moreover, in addition to the so-called new providers, there are some African producers, such as Angola, Mozambique and Papua New Guinea. So we have a large enough supply to meet the demand.

— And what will happen then?

— Then all the mining projects now under construction are completed. What happens then, we don’t know. It depends, in particular, from our behavior and our future policy. We need more production capacity.

— Do you think that now the investments are too small, because prices are relatively low?

— Yes, investment is not enough. However, some people in Europe are opposed to gas and lobby for renewable energy. More than that: there are a lot more plans than the world needs. But many are constantly delaying the final decisions regarding investments. However, since the beginning of field development prior to production of gas usually takes three to four years. The current situation in the sphere of investments is not very encouraging.

— That is, if investors in the near future will show more interest after 2020, we may face a shortage?

— Will the US flood the world with shale gas, which they produce with the technology of fracking?

— No. Shale gas — a new phenomenon. It is very good for the American market, and thanks to him there is much increased share of gas. But in 2016, the volume of export of shale gas was not very large.

Gas is the most environmentally friendly fuel. Why have gas, in fact, such a bad image?

— Two things led to the fact that politicians have begun to rely not on gas, coal or renewable energy. The first was the financial crisis of 2007-2008, which forced in the first place, the Europeans due to lack of financial capacity to make a choice in favour of coal. The second reason was the geopolitical events between Russia and the West. At the same time the gas with this conflict is not related. Gas is gas. His image just fell victim to international conflicts.

— How is the situation now?

— I think the persons making key decisions on-former are adjusted to the gas skeptical. But according to forecasts, the current fuels will dominate the market throughout this century. With gas the situation is such that it now accounts for 22% of all fuel in the world; by 2040 it will rise to 26% if the current trend continues. According to our research, all countries in the past two years reduced carbon dioxide emissions, it was possible thanks to the growing consumption of gas, not renewable energy.