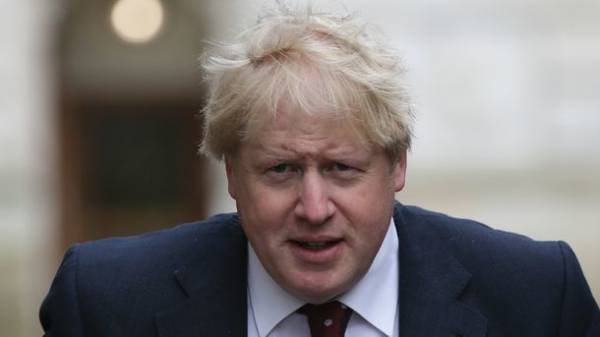 The Minister of foreign Affairs of great Britain, Boris Johnson unexpectedly came to Somalia, where he met with President Mohamed Abdullahi Mohamed, Correspondent reports with reference to AFP.

The British foreign office said that Johnson had discussed with Mohamed Abdullahi Mohamed, the security issues in Somalia, and devastating drought.

We will remind, on March 1 the head of the foreign office arrived in Kyiv on a working visit, where he met with the mayor of the Ukrainian capital Vitali Klitschko. The diplomat together with the Kyiv mayor visited the Cathedral and ate Breakfast in the pizzeria.