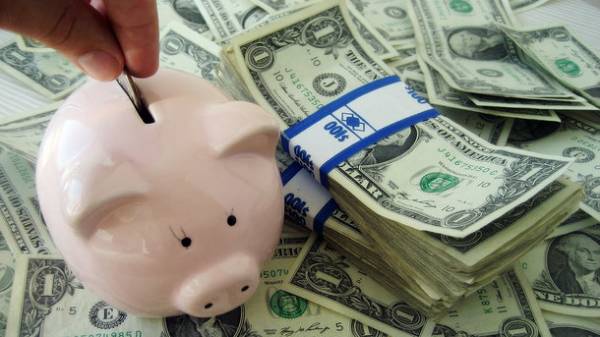 Deposits in Ukraine continue to fall in price since mid-June fell a yield of hryvnia deposits for all periods, except for the 9 months, writes minfin.com.ua.

Most average interest rates fell on demand deposits. The average yield has fallen by 0.37%. Deposit of 9 months average rate increased by 0,03%. Now a nine-month Deposit brings more returns than 12-month.

From June 16 the most reduced rates subsidiary of the Russian VTB Bank and international Investment Bank. The first reduced the yield of hryvnia deposits for 12 months 1.56%, the second – 1.34%. 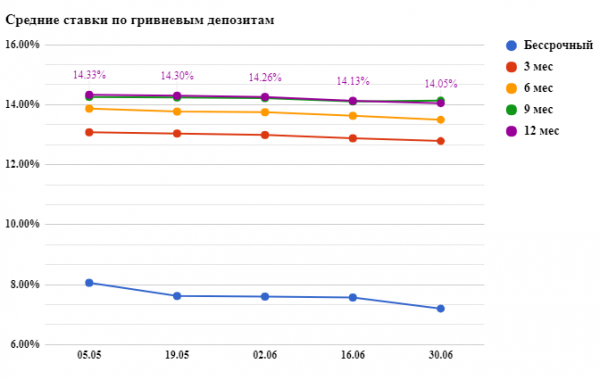 Interest rates on dollar deposits also mainly decreased. Most dropped the average annual yield of the deposits is 0.11%. The average rate on three-month deposits in U.S. dollars grew by 0.03%.

The average yield of deposits in Euro also continued to decline, with the exception of the annual contributions. The biggest drop rates were nine – and three-month deposits. At first, the average yield has fallen by 0.19%, the second – 0,18%. But the annual yield on deposits increased by 0.05%.

Among foreign currency deposits most “distinguished” VTB, which has long been the most profitable Bank deposits in dollars and euros. “Daughter” of Russian banks reduced the average yield on 12-month dollar deposits 1.65%. For deposits in Euro, the collapse was much more dramatic – on 3,89%. 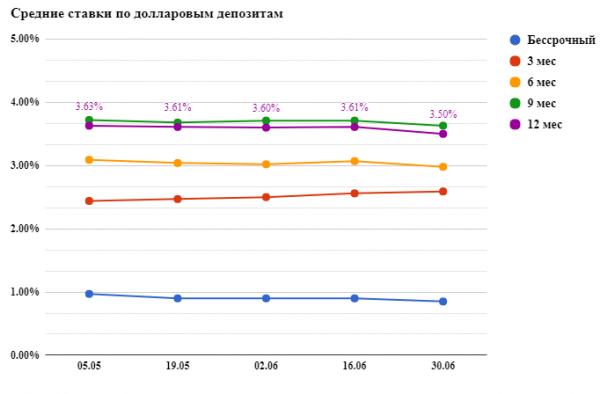 We will remind, according to statistics of the National Bank of Ukraine (NBU) after a long period of inflow of deposits of Ukrainians still have started to withdraw money from banks. This phenomenon, according to financial experts, there are several reasons: