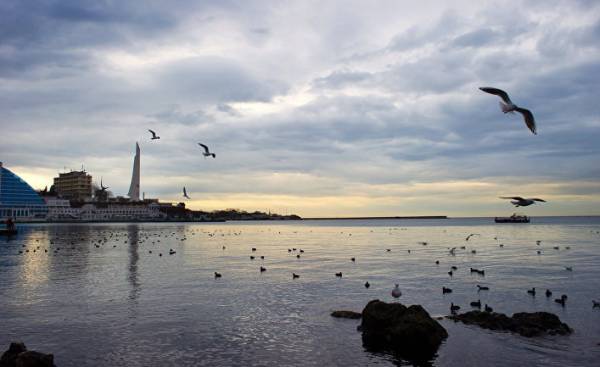 Recently the Council of foreign Ministers of the EU extended sanctions against Russia imposed over the annexation of the Peninsula. Remains a ban on the import of goods from Crimea and Sevastopol into the EU, as well as on investment in those regions. The European Parliament, as the company with the main office in the territory of the EU cannot buy real estate in Crimea, Finance local companies and provide them services. You can’t even offer tourist services in Crimea and Sevastopol.

This situation will continue until at least end of June 2018. After that, the EU Council could again extend sanctions.

However, the Kremlin is not too concerned about the sanctions. At least declaratively, that is, judging by the statements. However, he plays on the feelings of European politicians. “We continue to disagree with these sanctions. We do not consider them legitimate, and, moreover, we believe these sanctions are detrimental not only to us but to those countries that are the initiators,” — said the press Secretary of the President of Russia Dmitry Peskov, commenting on the decision of the European Union.

Over the Crimea for three years now, flying the Russian tricolor, on the Peninsula and the reign of Russian orders. If the Crimea is cut off from the rest of the world. Officially here can not step foot any European businessman or investor, and Ukrainians subject to more severe rules. 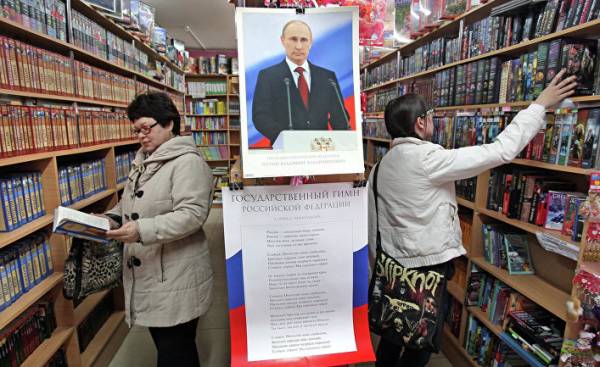 Any deliveries with Ukraine is impossible, as the export to the territory of this country. Was also discontinued the supply of electricity and water from the Ukrainian territory in the Crimea. Moscow had hastily to resolve this issue. To live a normal life even affected by the little things. The population of the Crimea, for example, has no legal way to download and update apps via Google Play and AppStore.

A bit of dry statistics. Crimea is a region that more than others depend on funding from the Federal budget. Crimean Treasury 65% filled that sends to the Peninsula Moscow. Despite this, the budget deficit of the Crimea last year has grown three times in comparison with the year 2015 and reached 14.6 billion rubles (about six billion crowns).

But the Crimea can boast of growth of investment in two times. But, as noted by the Crimean political scientist Evgeniya Goryunova, in General the amount of investment the main part is Russian money. However, the volume of private investment in the Crimea sharply reduced: from 61.4% of the total in 2014 to 22.9% in 2016.

“That is the Russian business is not ready to invest in the region with a questionable status, and especially under Western sanctions”, — the expert explains.

The share of foreign investments last year made up only 9.4% of the total. But in 2013, prior to the annexation of Crimea to Russia, foreign direct investment in the Peninsula reached $ 1.6 billion.

The shock has passed

I sit together with Yevgeny Tarle, the Russian businessman and former Senator, in a restaurant in Central Moscow. Mr. Tarle conducts its business in Russia and in the Crimea. He began to do business on the Peninsula, as he himself emphasizes, even before the overthrow of the regime of Viktor Yanukovych in 2014.

“In Crimea, the normal relaxed business climate. Interest in entrepreneurship in the Crimea as in Russia, and abroad is obvious. The initial shock from geopolitical changes passed. The majority of Russians and residents of Crimea satisfied that the transition under Russian jurisdiction has passed without special shocks. However, in the Crimea noticeable concern. Some residents of the Peninsula thought that, following the accession of Russia and all the problems instantly disappear. But it’s certainly not the case,” Tarle describes the situation in Crimea.

A Russian businessman there is a plot on which he wants to build a guest house. “When Crimea belonged to Ukraine, I could not build. Now it’s gone,” adds Tarle.

As he himself says, the important thing for businessman — clear legislation and enforcement, which is under Ukrainian government was very weak.

After the Russian occupation of Crimea the conditions for business on the Peninsula has changed. As recognized by Tarle, small and medium businesses were connected with Ukraine, and the changes after the annexation much they had been affected. This applies mainly to those businessmen who used to trade with Ukraine or imported from there goods.

A considerable role was played by Western sanctions. On the Peninsula there is not a single foreign Bank or an authoritative Russian banking house. Until recently in this region, which has now become Russian, it was impossible to use Bank cards. Sometimes this leads to ridiculous situations, as says a Russian businessman.

“Seven years ago, the Russian Bank Sberbank bought near Yalta Mriya resort, it was reconstructed and turned into a luxurious resort for its employees. But even there, there is no ATM savings Bank, because the Bank is afraid of sanctions. It is clear. If against the Bank will impose sanctions, it could destabilize the entire Russian banking system,” said Tarle. 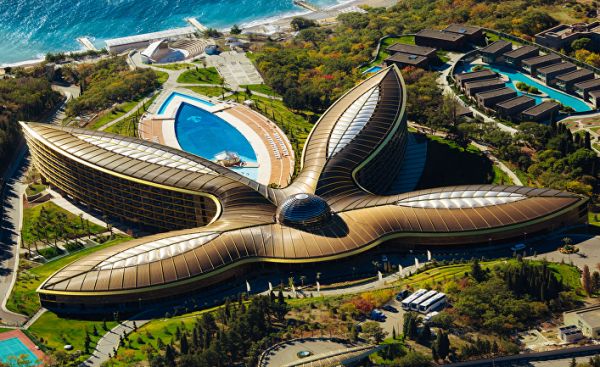 Now the situation in the banking sector on the Peninsula has improved.

“In the Crimea works only a few Russian banks, and all of them are small. Also solved the problems with Bank cards. In the first year after the annexation of Crimea was not working, no map, and you can pay it was cash only. Now works and clearing through the small Russian banks”, — says a Russian businessman.

According to him, the development of business in the Crimea is much more damage to Russia than Western sanctions.

“Credit in the Crimea can be rented on the same terms that in other parts of Russia, that is, on very unfavorable terms. As a small business owner, I refuse to take loans because there is no legal method of doing business that allows you to repay the loan with a 15 interest rate offered by our banks,” he concludes with a sigh.