The dispute between Germany and the U.S. because of Putin’s pipeline “Nord stream — 2” continues to deteriorate.

On Thursday, the U.S. state Department spokesman Morgan Ortagus (Morgan Ortagus) said in an interview with our newspaper that if Germany does not change its position, participating in the project, companies will face sanctions, “regardless of their origin.”

Earlier, a warning to the German investor in the construction of gas pipeline Wintershall and DEA Uniper — was made by Secretary of state Mike Pompeo.

Foreign Minister of Germany Heiko Maas responded harshly: “the European energy policy is determined in Europe and not in Washington. We unequivocally reject the extraterritorial sanctions.” The energy Minister of Mecklenburg-Vorpommern Christian Pegel (Christian Pegel), a colleague of Maas in the party, the SPD, has called on the Federal government “to respond (in action States) tangible counter measures (Americans) should be taken seriously”.

But whether Germany plans counter-measures? Whether will soon begin a “war of sanctions” between the Federal Republic and the administration of the tramp?

It’s unlikely, which confirms the response of the Federal Ministry of economy on request of the party “Green” available to our newsroom. The document States that consultations with other member countries of the EU, the Foreign service of the EU and with the European Commission over extraterritorial U.S. sanctions, but stressed: “At the moment, private responses are not planned”.

Bundestag Deputy from the Green party, Claudia Muller (Claudia Müller) considers this response as a sign not only of the helplessness of the Federal government, but also to some serious isolation was Germany in Europe when it comes to the second “Nord stream”. Although “Green”, according to Mueller, “fundamentally reject any sanctions,” she stressed, “the Federal government in matters of construction of the “Nord stream — 2″ was based solely on the national interests and ended up in a situation from which it now can’t find the exit.”

After Berlin alone supported the construction of the Gazprom-owned pipeline, “none of our European partners do not want to sit in the same boat with Germany”. Thus, the “Nord stream — 2” “is increasingly becoming a foreign policy catastrophe,” stated the Deputy.

The leader of the “Green” of Berbak Annalena (Annalena Baerbock) also spoke out against the nearly completed pipeline, albeit primarily ecological, rather than geopolitical considerations.

In an interview with our newspaper, she said: “the European energy policy should aim to ensure that we were able to get rid of dependence on underground energy sources. Of the pipeline “Nord stream — 2″ should be abandoned, in particular for reasons of saving the climate. We need an energy policy that makes us independent from both Russia and the United States.”

The construction is ready for 94% of the pipeline owned by the Russian state concern “Gazprom”, was frozen when the company AllSeas, engaged in laying pipes at the end of December 2019, the work was stopped for fear of sanctions from the United States. 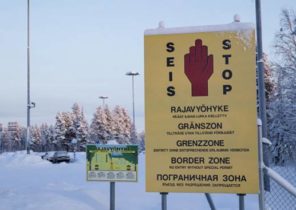 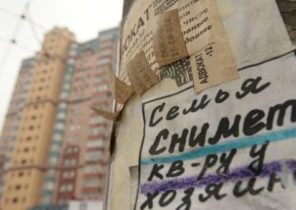