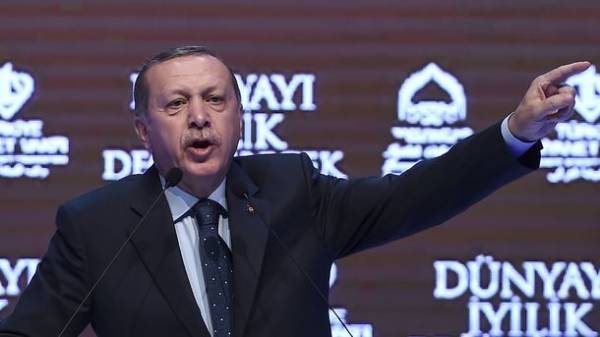 Erdogan compared the attitude of the representatives of non-European countries in Europe with the persecution of Jews during the Second world war and warned of the danger of the growing popularity of right-wing parties in the EU.

“On the streets of Europe raging, the spirit of fascism”, — quotes the words of Erdogan AFP. The Turkish leader also said the growth of Islamophobia and turkophobia in the EU.

Between Turkey and the Netherlands sparked a diplomatic row after the Dutch authorities did not allow the Turkish foreign Minister Cavusoglu to attend the rally in Rotterdam and tell them about the referendum, which will be held in Turkey in April. Differences intensified between Ankara and Berlin after the arrest in Turkey of a German journalist Denise Judges. Erdogan has called the Netherlands “capital fascism”, and the policy of the authorities of Germany compared to “the actions of the Nazis in the past.” March 15, a group of hackers, speaking in support of Erdogan, has hacked the Twitter accounts of several well-known individuals and organizations, posting on the pages of the swastika and hashtags “Nazi Germany” and “Nazi Netherlands”, as well as excerpts from the speeches of the President.