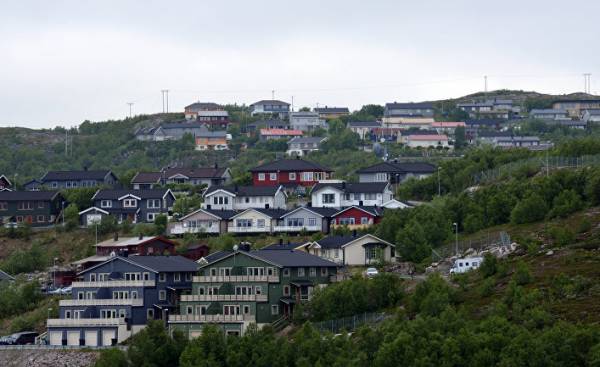 General Director of the shipyard Kimek in Kirkenes Mannsverk Greger (Greger Mannsverk) believes that the deterioration of relations lose both Russia and Norway. Rune Rafaelsen, the head of the commune Sør-Varanger (Sør-Varanger), asking for the lifting of sanctions.

In the message sent to the newspaper DN and several other Norwegian media on Friday, the Russian Embassy in Norway supports with what it calls “comment in connection with the situation in bilateral relations”.

In comments to Embassy criticizes Norway, Norwegian politicians and the media. Special attention is paid to the fact that Norway joined the sanctions against Russia, and relations between the two countries have, in particular, as “untenable”.

“I see that at the official level to say things that are not conducive to conflict resolution. It’s sad,” says Greger Mannsverk, General Director of the shipyard Kimek AS, Kirkenes.

Previously, he has talked about the fact that he feared that the sanctions between Norway and Russia could negatively affect the economies of Northern Norway.

“This issue involved too many big policy. It has always been, and always will be. And it’s not good for either Russia or Norway, so it is important not to increase the conflict between East and West,” says Landsverk.

Kimek is collaborating with Russian partners for more than 30 years, and Mannsverk not believe that the aggravation of relations Norway and Russia, what happened recently will affect its own business.

“We — “business as usual”. Of course, we notice the conflict, but try to focus on what something can do,” says Landsverk.

Kimek have many Russian employees and close ties with Russia. The people of Kirkenes called “little Murmansk” because of the strong ties with Russia, which is a few kilometers from here. Kimek also has an office in Murmansk. In total, the company employs 87 people.

“We are neighbors, and my philosophy is simple: it is necessary to communicate with those with whom you have shared the garden fence,” he says.

Requests for mitigation of sanctions

Rune Rafaelsen, the head of the commune Sør-Varanger, said that the message of the Embassy describes the relationship between Russia and Norway at the Central level.

“This letter from Moscow to Oslo. At the local level cooperation here in the North is progressing well, a number of border crossings via Storskog is constantly growing,” says Rafaelsen.

He quickly enumerates the cooperation in the field of culture and sport, as well as more formal — in the framework of the Barents cooperation, as well as regular meetings with the city of Murmansk, Pechenga district and meeting with the Russian Consul General.

Rafaelsen believes that relations in the North should inspire the Minister of foreign Affairs børge Brende to fight for the easing of sanctions between Russia and Norway.

“There is no doubt that sanctions have had an impact. We need to talk with the Russians and to lift the sanctions, particularly in the area of export of fish,” says Rafaelsen.