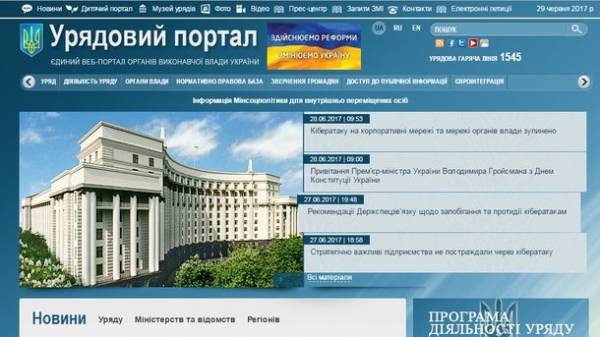 No repeated cyber attacks on government portal no. This was stated by the Minister of the Cabinet of Ministers Oleksandr Saenko.

“I want to reassure all: there is no re-attack no. Government portal is temporarily not working from engineering works. He is now operating normally. The attack, which took place on Tuesday, has not led to significant consequences to seriously affect the work of the Cabinet of Ministers”, – quotes the Minister press service of the Cabinet in Facebook.

As earlier reported, information Manager and it of the Council of entrepreneurs under the Cabinet of Ministers Ivan Bardecki on his page in Facebook said that the government portal has undergone a re-attack today at about 14:50.