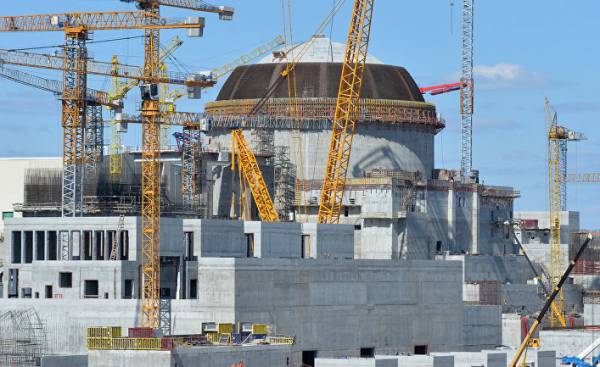 Developed over several years the project of disconnecting the Baltic States from the Russian energy system is entering its crucial stage: Estonia, Latvia and Lithuania intend to resolve this issue with the European Commission before the end of June.

Dependence on Russia has long caused concern in Estonia, Latvia and Lithuania, but since the occupation of Crimea in 2014, it was regarded as a serious security threat. According to news Agency Reuters, Lithuania considers the current situation of electricity supply one of the main threats to national security.

With synchronization of the power systems try to provide a warranty “distribution of loads” in the power supply.

Therefore, the “pulse” operating in separate territories of the power plants lead to compliance or sinhroniziruete with a single frequency. If one of the plants fails, the other stations having the same frequency, can automatically compensate for the shortage.

Work with a single frequency means special mutual guarantee and the Treaty of mutual assistance. In Estonia, Latvia and Lithuania currently do not trust the existing partners in the energy system. The EU is also concerned that the Baltic States dependent defined by the Russian legislation in the field of energy.

While the parties are dependent on each other. Therefore, Russia has not expressed threats in a power outage the Baltic States. Kaliningrad, located on the territory, isolated from Russia is supplied with electricity through Lithuania, and St. Petersburg in the winter requires gas storage in Latvia.

Now Russia is dealing with the issue of self-sufficiency in Kaliningrad in respect of electricity and gas adds to its own repository. Belarus is building a new nuclear power station.

Thus, as noted in the report of the International centre for defence studies Estonia, it is possible that in 2020 or 2021 Russia will cease to depend on the Baltic States. Then, if you want, she will be able to disconnect the Baltic States from the power grid, BRELL.

This would increase the risk of failure of supply of the Baltic States, as the network of this system is quite extensive, and only one power would not be enough in modern terms for “distribution of loads” in the event of any failure.

The project contributed to the decision of the European Commission to create a European energy Union with a common energy markets. The Commission is ready to Finance the construction of power transmission line from Poland to Lithuania with a value of Euro 190 million, which is required for synchronization.

“Reducing dependence on Russian energy has been a longtime dream of the Baltic countries, — said the representative of the press service of the European Commission on energy issues Anna-Kaisa Itkonen (Anna-Kaisa Itkonen). — Implementation of the Treaty is very important from the viewpoint of ensuring the reliability of their energy supply”.

The Baltic countries are going to synchronize their systems with Central Europe through Poland. Another option is synchronization with the Nordic countries via Finland or create your own system with the construction of additional power plants.

The North option is considered only due to the fact that the Baltic States are already members of the power exchange Nord Pool. But synchronization of the Baltic States with networks of the Nordic countries would not increase their sustainability, therefore, in the North especially not sorry “about the loss.”

“Consumption in the Baltic countries is the same as the consumption of the southern part of Finland. It is only nominally increase the reliability of power grids of the Nordic countries. Sync is more of a political issue, it is more important to realize the energy exchange between the Baltic sea region”, — said the Director of the network company Fingrid Wrinkle Jussi (Jussi Jyrinsalo).