On the streets selling toilet water. Formed a long queue. When a person asks for 20 bottles, there were cries of protest. But someone in the queue shouting: “Leave him! Maybe he wants to celebrate the wedding.” This joke was told by the Russians during the time of Perestroika under Mikhail Gorbachev.

The joke remains relevant, as the problems that stand behind it. Russia, first of all, the province is suffering from alcoholism, as well as from a lack of affordable and high-quality alcohol. This leads to consumption of all kinds of mixes of vodka, and and medicines with high alcohol content and shampoos. The TASS news Agency Monday reported, according to preliminary data, the last two victims of poisoning.

Another patient is in serious condition, some lost of vision. According to doctors, more than 100 victims poisoned “Hawthorn”, which contained poisonous methanol. About 50 cents of gold plastic bottles can be purchased in vending machines, reminiscent of the vending machines.

As they say in advertising, “Hawthorn”, along with the alcohol strength of 75% of extract of hawthorn, medical glycerin and water. For customers it is an affordable alternative to vodka established at the state level, the price of which is at least three euros per half-liter bottle. “Tincture came to us three years ago, when the vodka for the first time has risen in price”, — says the pensioner from the work of Novo-Lenino district of Irkutsk in the portal Lenta.ru. “That’s a good drink, better than some brands of vodka for 300 rubles. Trust me, I’ve tried everything”. Now his friends have discovered a cosmetic liquid with orange flavor, which is not worse than the “Hawthorn”.

Russia is continuing economic crisis, 41% of Russian families complaining about the lack of money for food. According to Rospotrebnadzor, annually from the effects of excessive consumption of alcohol kills half a million people. Alcoholism — cause of death 30% of men and 15% women. Tens of thousands of ruining your liver years drinking vodka, some die when trying to get rid of a hangover with the help of antifreeze.

Meanwhile, police in Irkutsk have detained 12 people. They suspected that was added in the “Hawthorn” poisonous methyl alcohol. It is no secret that underground production in garages and basements in the Russian cities do not only cheap textiles and cakes, but also synthetic drugs and counterfeit whiskey.

And the inscription “bath concentrate” on the label “Hawthorn”, according to Sultan Hamzaev, Chairman of the civil initiative “Sober Russia”, — this syllogism: “thus avoid the excise tax for alcoholic beverages to offer the consumer cheap alcohol.”

Currently, seized thousands of liters of “Hawthorn” in stores from Vladivostok to Volgograd. And yet a large part of the product does not contain poisonous methanol. According to local journalists, the victims of poisoning in Irkutsk are also residents of the prosperous area of Akademgorodok, which was not poisoned by bath concentrate, and vodka. According to local TV channel “Baikaltelecom”, the police warned residents from buying brands of vodka “Tsarskaya Okhota”, “White birch” and “Finnish gold”.

Apparently, someone put in the Irkutsk garages, where for many years made all kinds of fake alcohol, technical alcohol of particularly poor quality, suggests the radio station Business FM. Basically, rural residents buy appliances for distillation to produce sugar, yeast and water their own moonshine fortress from 40 to 70 degrees. “Last year in the neighboring village, one person bought a bottle of vodka in the store. The next day he died, says Stolyar, Oleg Nikolaev from the village Average Cebeci on the middle Volga. — I prefer myself to drive moonshine. So I at least know what you drink”. 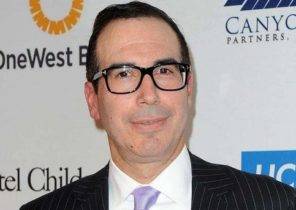