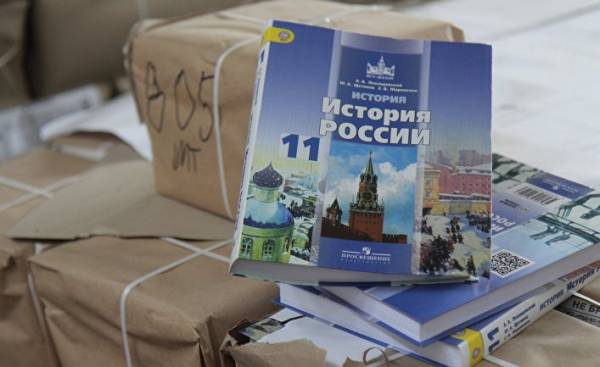 The story had become so sensitive that education officials have begun to impede the holding of a prestigious competition for high school students, saying that independent studies and publications regarding the Soviet past of the country can turn children into “extremists”.

The annual contest “Man in history. Russia — XX century” is sponsored by the organization “memorial”, dedicated to the protection of civil rights and seeking to shed light on the totalitarian distortions in the Soviet period. The organization enjoyed widespread popularity in Russia in the 1990-ies, as documented demonstrated how the fate of Soviet citizens was broken in the times of Stalinism. But in the last decade the Russian leader Vladimir Putin has become frowned upon to look at the efforts of the “Memorial” on the comprehensive coverage of the country’s past. As a result, in particular, the international wing of the organization in 2016, branded as “foreign agent”.

“Memorial” held the first competition in the history for high school students in 1999. Those wishing to participate should submit an original historical essay, based on personal testimonies of their relatives or other persons backed by primary sources and documents from the archives. The competition is held in accordance with the main mission of the “Memorial” aimed at “revealing the truth” about the crimes of the totalitarian regime in the Soviet Union. He quickly became one of the largest competitions of historical studies in Russia. On average, each year in it take part about 2 thousand persons. 40 authors of the best works are invited to the awards ceremony.

“It is important that students learned about the events of the twentieth century in Russia not only from textbooks. Them know how important this period of history has influenced their family, so they understood that man is not just a grain of sand or a cog,” said historian and head of educational programs of “Memorial” Irina Shcherbakova.

According to her, the first signs of problems this year came after the deadline for the submission of applications for participation in the contest and determine the finalists. At the end of March on a private TV channel “REN-TV” there was a program during which a competition called “organized prohibited the organization of the event, transforming children into extremists who take to the streets to protest.” A few days later Shcherbakova and other members of “Memorial” reported that the venue for the awards ceremony, the agreement to lease which was concluded a few months ago, are suddenly “busy”.

“The regional press generally praised the winners and the schools in which they studied. Local leaders came to the ceremony and sent congratulatory letters to the students, — said Shcherbakov. Now they don’t even give award winners”.

The representative of the memorial said that the crackdown against the competition is the result of a process that began at least in 2013, when Putin announced his desire to revise the methods of teaching history to the young generation and encouraged the development of a new educational-methodical complex, including a standardized history textbooks for schools. Proponents of this idea claim that this step will strengthen national unity and patriotism, and critics have noted that such steps, designed in the “best” Soviet traditions, will not leave space for free exploration and discussion of history.

The authorities desire to promote one “correct” interpretation of history calls into question the future of the ongoing “Memorial” of the competition. “Most of the participants live in small towns and villages. It’s a peasant family, and very often, their families tell them a very tragic story from the past. But now many consider it unpatriotic to draw attention to the difficult pages of history of Russia”, — said Shcherbakov.

Madeline Roche is a freelance writer from London. She specializiruetsya on the subject of human rights in post-Soviet countries, and recently received a master’s degree in Russia studies, University College London.