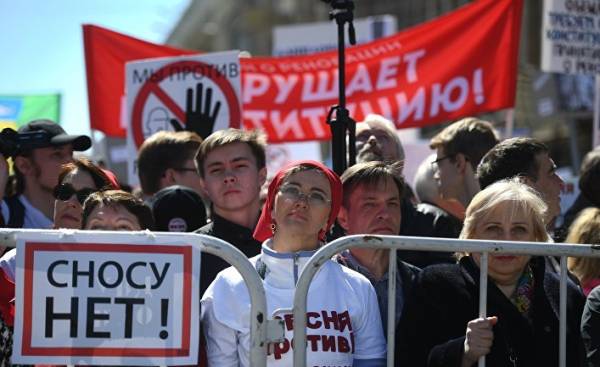 In Moscow, the authorities began to demolish was built in the 1950s and the 1970s, years old five-story building, which number approximately 4,500 homes, and the construction of new high-rise buildings. However, residents actively protest. Many people do not like that will be destroyed by their living conditions, but the city administration does not intend to abandon the project. This may become a new political problem.

“We inform you that your home is to be demolished. Within 60 days, you have to move to a new address, indicated by the administration.” In the North-East of Moscow, a lot of five-story building. Olga surprised by the announcement, pasted at the entrance to the porch in early may.

From municipal authorities generally there is no information about when the building will be demolished and where to move. Olga is outraged: “This is violence. They want to return us in the Soviet period, when all were forced to submit to the authorities”.

In Olga’s apartment of two rooms, small kitchen and bathroom. The house, built in 1953, is in terrible condition. However, after moving in 1990-e years, Olga made in the apartment excellent repair.

In the yard a lot of greenery: growing Apple trees and birch. Tenants communicate sitting on benches. “It’s not the most luxurious place, but do not want to lose the space where we can live in peace,” says Olga.

Meanwhile, the lifetime of the house, which is 30 years, has expired. Houses near the highway, so some residents want to move. “It’s like living in a factory. I want to move as quickly as possible,” says the man who looks about 50 years old.

The government squanders money ahead of elections

These five houses are called blocks because they were built on the initiative of the first Secretary of the CPSU Central Committee Nikita Khrushchev (died in 1971). Up to 1950-ies, the people mostly lived in communal apartments with shared kitchens and toilets, however, Khrushchev suggested that the citizens of a separate housing. The Soviet people appreciate him for what he gave them personal freedom.

14 may there was a demonstration against the demolition of Khrushchev, which was attended by tens of thousands of people. The protesters demanded to close the project and to send in resignation of the mayor of Moscow Sergey Sobyanin.

On 12 June in Central Moscow there was a demonstration which called for opposition leader Navalny. The participants shook their keys to their apartments. Thus, they demanded not to touch their housing. The authorities have not given permission to hold the demonstration, so was arrested about 900 people.

In February, President Putin gave the nod to the demolition of Khrushchev: “the Muscovites are hoping to move to a new home. This is the right decision.” It is assumed that the government squanders money in the run-up to presidential elections in March next year. The fact that the new apartments will get to Muscovites free of charge and will bring huge profit to the construction business. Political analyst Alexei Mukhin said: “the Protests sparked a violent method, not taking into account the concern of Muscovites. It is a miscalculation Sobyanin”.

On 14 June the state Duma adopted the law on the demolition of the buildings, thereby supporting the position of the administration of Moscow. During the “Straight line” with Russian President Putin expressed understanding for the protests: “Some don’t want to move. It is impossible to implement the project forcibly”. However, it is unknown how seriously he took the distribution of project traffic. 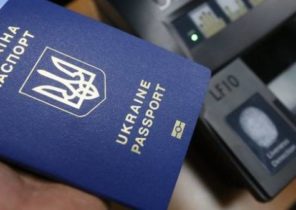