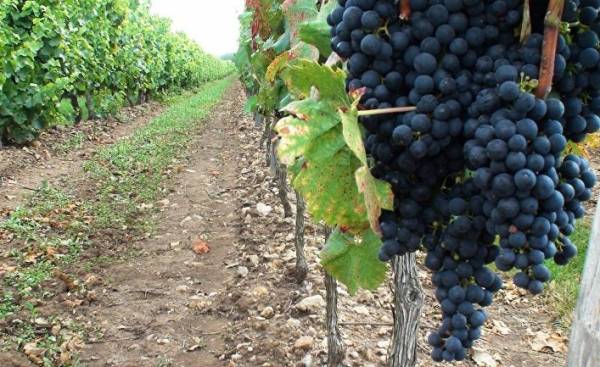 On the sites of employment has increased the number of vacancies for those wishing to go to Europe. The main employer — Poland. But there are also offers from Germany, Denmark, Holland and even the UK. Experts warn that you can run into scams. “Country” was the first out the effects of visa-free regime and the quality of job offers.

Ferry from Poland to work for 85 thousand

Job sites employment — one sweeter than the other. Is there suggestions for working in greenhouses at a flower farm (growing flowers) in Germany for 50 thousand (in a month) and electric welders in the Czech Republic for 42 thousand, and employees of a vegetable warehouse in Denmark for 50 thousand. And even jobs — at the fish factory for 80 thousand.

And the most “ancient” of jobs date back to the 16-th of June. That is, the offer came shortly after Ukraine’s signing of a visa-free regime with Europe.

“Country” has decided to check how the sites. Call. At the end of when a woman with a pleasant voice asked if I had permission to work abroad. Say, you know, Beavis a work permit does not. It must make, and it is neither more nor less than 1,200 euros.

— You come to our office with your passport and identification code. We sign an agreement, and you transfer 50% Deposit to our Bank account. The paperwork can take 1.5 months. When all the documents are prepared, unable to fly. The cost of tickets is included in the 1 thousand 200 euros, — explains to me the voice on the phone. In Sweden you don’t have time. The group leaves in 2-3 days. And here in Denmark to pick strawberries or work at a vegetable warehouse in a month and a half.

Experts advise caution on the job.

— Last year we ordered a sociological survey. The results showed that 18% of Ukrainians had a fraud when applying for a job abroad. That is, every fifth! — Explains the scale of the phenomenon Vasily Voskoboynik, President of the Ukrainian Association of international employment. — Added in recent weeks of scams, it is impossible to say. In the Criminal code a separate article for this type of crime no. All such cases fall under article “fraud”. And it has always existed. Recently, we have helped people with which one company has collected $ 500, and disappeared. The victims were 300 people! Unfortunately, to bring the case to court, although we are willing to help, no one wants. People somehow feel bad that they have become victims of fraud.

Not to get into such a situation, Vasily Voskoboynik advised to check if the company has a license from Ministry of labor on the activity of mediation in employment in the EU. And the IE-GROUP this list is not.

— Also, pay attention to the details. For example, the Polish working visa D-5 you can work only in Poland. There are, of course, international companies that are engaged in the staff leasing. But they are interested in specialists. For example, Germany is interested in the Ukrainian doctors because their doctors are going to work in England. In the Czech Republic need our engineers — continues Basil voskobojnik. — By the way, I used to think that labour migration is the Ukrainian specifics. But it turned out that the migration processes are everywhere. For example, although the poles and live in better times we, nevertheless, 2-2,4 million poles annually go to work abroad. The Italians and Spaniards coming to work in Germany. In short, this is a global trend. And the fear that Ukraine will leave all, — say, the past let them turn off the lights in Borispol — a huge exaggeration. According to estimates of international agencies, the flow of Ukrainians can grow 10% interest.

According to the economist Viktor Skarshevsky, Ukraine is, in many ways, even hand.

— Last year came to 1.1 milliard dollars of foreign investments, this is less than $ 1 billion. While migrant workers remit about $ 6 billion a year.

Largely due to this dollar rate today is 25, not 50 hryvnia, — said economist Alexander Okhrimenko. — Not for nothing, labor export is the main bet of the government of Ukraine. The problem of unemployment solves, and the influx of currency, and local producers benefit. As our people go abroad for seasonal work, and then come back and spend money here. And if today the remittances from migrant workers amount to 6 billion a year, that soon this figure will reach 10 billion. A shortage of labor in Poland is 600 thousand people. Judging by the statements of the people going to work EN masse.

— To claim and to go different things — objects Voskresnik. — In our last year’s survey, 41% of Ukrainians said that they do not mind to go to work abroad, but only 25% of them claimed that the same will go.

The main vector of labour migration among Ukrainians — Poland. This is confirmed by a survey among migrant workers conducted by the group “Rating” in December of 2016. And the average salary of Ukrainians in Poland, speaking about the actual proposals in the range of 12-20 thousand.

And bezviz, says the Alexander Okhrimenko, this trend could not shake.

— Why Poland? On the one hand, it is difficult to get a work permit. According to the local Ministry of labor, last year there were 1.3 million Ukrainians, but work permits were issued only 116 thousand, — says Ohrimenko. — Most often they gave the truckers, 24 thousand permits were received by the workers of science. Others, too, worked legally, but in seasonal jobs. How? According to Polish law, you can work without getting in the country working visa — Polish to the employer is sufficient to submit to the Ministry of labour a special statement. At the same time, with your wages paid and taxes, and pension collection, and you open the card in Polish Bank. But you can work a maximum of 6 months.

This “Polish opening” in many EU countries don’t like it, but the poles are not in a hurry to close, says the economist. In fact, on average, a worker in the EU gets 1 thousand 200 -1 500 thousand euros, and a Ukrainian working for 500-600.

— Thus, having access to world markets, Poland can supply relatively low-cost goods at the expense of cheap labour, — said Okhrimenko. — Of course, many European countries do not like. For example, in the Czech Republic this is not possible. There the unions opposed the involvement of cheap labor from other countries. And in Germany the employer has to prove that he can’t find the job of German. The only way he can take the worker from Ukraine. And even then, you have to go back, to issue a working visa for a year via the German Embassy, and only after that to go. In other words, it is easier to take the pole. As for the proposals by Denmark, Holland, the UK is most likely a hoax.

Some, of course, manages to get illegal — recognizes Basil voskobojnik. — However, this option is risky. First, only in March from the Czech Republic put 85 of Ukrainians who worked for the Polish working visa. Secondly, it is not often employers decide on such things. For example, I recently talked with the guys from Latvia. They say they have for the employment of illegal immigrants deprived of the right of the company to participate in tenders. That is, you will save 100 thousand euros for the workforce, but will lose the right to participate in tenders in the billions.

— And in other EU countries the employer pays a fine of 45 thousand euros if hiring illegal immigrants — continues Alexander Okhrimenko.

However, the special correspondent of the “Country” of Valeria Ivashkina managed to get a job in Italy without any allowing documents, and more to the point, when bezviz entered into force. Therefore, the law is the law, but can be circumvented. Moreover, the demand for cheap labour in the West is huge. In a recent issue of The British The Times the owner and Manager Tuesley farm in a suburb of London say that over the past five years on their farm was only one British. And even then, only one day.

“Today, from 550 farm workers 40% are seasonal workers from Romania, 30% — from Bulgaria and Poland”, — the newspaper writes, noting also that this year the inflow of migrant workers on farms decreased by 17%. And employers worry that due to lack of seasonal workers, prices for their products may increase by 35-50%.

The owner of a farm of Harry Hall even admitted to journalists that now regret that they voted for Breaksit because it put his business in danger of collapse. The English to such working conditions do not agree. “People work hard for 8-9 hours a day with one day starting from 7am, the article reads. And earn in the range of 8.50-9.50 pounds per hour.” Migrants from the less prosperous countries of the EU on such wages can only dream of. However, in Poland, as mentioned above, salaries for Ukrainians modest.

— The international labour organization conducted a survey, it is estimated that the average migrant works in Poland for 3 months and earns 500 euros, of which one third leaves and brings home 1,000 euros. According to Ukrainian standards is a lot of money. Especially for a person that has no qualification, — says Alexander Okhrimenko. — Thus, bizviz give the Ukrainians more access to European salaries.

— Today, 6% of Ukrainian GDP provide migrant workers, in Albania, this figure rises to 12%, in Georgia — 11%, although prior to the reforms, Saakashvili was 5%. And championship kept Tajiks — there is almost 35% of GDP to ensure migrant workers. For Ukraine today is the only real option to improve the economic situation, — sums up Okhrimenko. — So we must strive to ensure that migrant workers listed in year 6, and $ 10 billion.