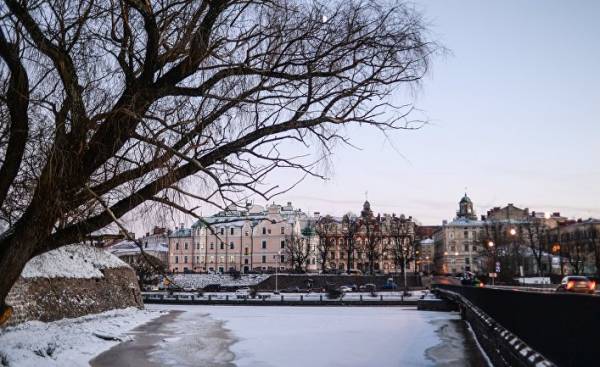 In August 1941 the Finnish army was preparing an operation to regain Vyborg. The chief of staff Nihtila Valo (Valo Nihtilä) tried to convey the message about the developments the new commander of the army corps Taavetti Laatikainen (Taavetti Laatikainen).

Laatikainen almost did not react to the messages — at least not amended the plans Natili.

Laatikainen was drunk. Personal problems of the high command of the army long suppressed.

Have Natili was a great experience, and he has a good theoretical training, he coped with different issues and in the absence of the General. However, with the approaching climax of the Vyborg operation, self-discipline and concentration the corps commander would be very useful.

Being no longer able to tolerate such a situation, the evening of 28 August Nihtila called General Ashe, Lennart (Lennart Oesch):

“Come over here, or this won’t work. I didn’t even see the commander in a few days. He drinks”.

This case is described in the book by Lasse Laaksonen (Lasse Laaksonen) “Vodka, nerves and punishment” (Viina, hermot ja rangaistukset, publisher Docendo), which tells about the personal problems of the Supreme military command of Finland in the years 1918-1945. That is about the problems of those officers and commanders who took decisions on the deployment and combat actions of the troops. The book will be released in October.

“Written about great men too much,” says Laaksonen.

According to General iroh Frederick Axel (Aksel Fredrik Airo), responsible for military planning during the Winter war and the continuation War (Soviet-Finnish war of 1941-1944), the commander may not be personal problems: in this post, is engaged only in the execution of military tasks.

“Point of view, iroh is not true, concludes Laaksonen. — Commanders are perfect role models. The study of their weaknesses makes the story alive and human.”

At first glance it seems that Laaksonen is chasing a sensation. In what condition could be the commander of the corps of Taavetti Laatikainen (nicknamed “Grandfather”), to govern the operation of returning the Vyborg?

Like other Laatikainen was not averse to a drink. He once replied to Colonel Nihtila, when he asked their leader to immediately return to headquarters:

“You fucking deal with the fighting. It’s up to you. I will come when you will give the order.”

But Laaksonen is against sensationalism and late moralizirovaniya.

Something he had searched for many years, ordering from the archives of the “whole truck” useful and useless documents.

As a result of this search was 400 pages and almost 1,2 thousand references — for example, the materials of the convicted, secretly kept personal archives, official and unofficial documents.

About the problems with the nerves and drunkenness of personnel written and spoken a lot, but commanders never reported. The boundaries of what is permitted in stories about high-ranking persons never passed. So the narrator could earn yourself a bad reputation.

The Finns have a shot of vodka Mannerheim, filled to the brim, causing, above all, respect. At least until then, until not a drop was spilled. As they say, great work requires a Grand entertainment.

“Information about the misconduct of senior management, it was necessary to collect the crumbs, says Laaksonen. I do not create some kind of collection of gossip, although the General public likes a black eye and throws over shoulder”.

And this so completely in real life. “I’m sure his book will be able to explain the story from a new point of view, to talk about the warlords of peace time, about how took a drunken President Kaarlo Juho Stolberg (Kaarlo Juho Ståhlberg) and about the rebellion in Mäntsälä”.

After the occurrence of 1944, the way Mannerheim researchers have gradually changed from high commander to the sick man.

“I expressed my position in the book” — soothes Laaksonen.

Probably in the main rate in Mikkeli prevailed voltage and attended alcohol. Laaksonen focuses on the impact of alcoholism and a nervous reaction to behavior management.

From their inveterate habits of the Marshal refused under any circumstances.

“In relation to alcohol consumption subordinates had no common rules or guidelines. One was allowed, another no.”

Laaksonen, being a Professor at three universities, may claim that in the vast amount of modern literature on the Mannerheim lacks scientific approach:

“Many words but few deeds. Attracting the attention of the interpretations made on the basis of the few facts”.

Serious and thorough researchers, such as himself Lasse Laaksonen, do not agree to speculate over a Cup of coffee because it may lead to nothing.

The Finns would be able to cope with the terrible chaos that reigned at the front, and keep the Vyborg?

“The ideal world does not exist, and there is no perfect leaders,” concludes Laaksonen.

All the garbage of history, problems with alcohol have great people, stress reaction and punishment that they suffered at different stages of his career — he digs because the researcher cannot be limited to only positive moments.

He refers to the statement by the Swedish historian Peter Englund (Peter Englund) that the task of the scientist is not a search for right angles, and the hidden pain points.

The most famous image of booze at the front can be found in the cult Finnish novel Lenny Vaino (Väinö Linna) “the Unknown soldier”. Hero works Koskela gets drunk in the circle of his friends and then goes to whoop it up to the officers.

“During the trench warfare ordinary relaxed, but a similar phenomenon was observed and the officers,” says Laaksonen.

He tells the Colonel that drunk and destroyed all the landing of the civilian population and were held accountable for their stupidity.

“There are still many other things”.

Sergeants were easy to punish. Senior officers — no. Generals and colonels were of great importance, and it would be from the point of view of the commander in chief is not always advisable. Much condoned.

“The most famous manifestation of the stress response was the commander Hugo Osterman (Hugo Österman) during the fighting on the Karelian isthmus. His Mannerheim was suspended, citing a nervous breakdown, which he felt”.

Is it possible in Finland to become a General, not drunk Marshall stack or something else?

“This could only happen in exceptional cases, says Laaksonen. — Served in army of the Russian Empire, General of artillery Vilho Nenonen (Vilho Nenonen) — the most famous example.”

“As our first military commander Carl Vilkama (Karl Wilkama), with a story which I begin my book. His family were of it”. (Lestradioto — conservative direction in Lutheranism, the representatives of which oppose many modern entertainment and were radical abstainers — approx. TRANS.)

Nihtila serving subordinate to iroh, too, was sober.

Own military experience Laaksonen, except for service in the army, no, the family was not senior officers. This helps the author to form an unbiased position. Unlike many books about the life of the generals, the book “the Wine, nerves and punishment” is not trying to find out.

“No one is good or bad commander in my book, there is, says Laaksonen. — I do not give estimates and don’t moralize”.

The book was motivated by a desire to explain historical phenomena, which remained silent.

“I called a military historian, but I write primarily about the personalities and personas. I am interested in the human reaction, especially find themselves in an exceptional situation. Like war”.

Russia-2016: “the Result is predictable, and the consequences — no”