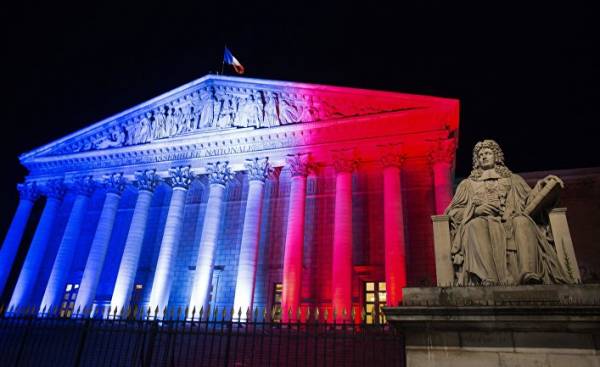 We are here already not the first year living in the era of departmental confusion. Loud slogans often have more influence than even the most simple and obvious reality. Emerging is not the first time the discussion of “systems of production” in the French manner is a great example.

How many officials have allegedly covered by the arranged by their management obstacles to justify their own powerlessness and lack of will in explanation of the lack of or slowness of reforms? Good excuse. In part, this statement is indeed true, but it is clearly exaggeration, and it, apparently, justifies not the most plausible intentions.

When he was a presidential candidate, Emmanuel macron said that for the first few months of the post will change or adopt “all leadership positions in the public sector”. After the election, he said he would like to start this review.

“At the discretion of the government”

Prime Minister Edouard Philippe (Edouard Philippe) also launched large-scale reform of government, radically reducing the number of staff in Ministerial offices to make the most of Ministers to work directly with their departments.

If this rate continues, to speak of a “production system” would be completely inappropriate. Executive power only follows the French model, which is enshrined in law and our democratic traditions: she has complete freedom of action with posts that are “at the discretion of the government.”

The Directors of Central administration, prefects and ambassadors are appointed by the Council of Ministers and similarly can be removed from office at the next meeting. The government need not even explain their decision: competence or incompetence, correct the work or breach of trust, the relationship with the Minister, more mundane reasons…

In addition, the government can save the recently introduced procedure of preliminary selection of candidates for directorship, which exists in all other democratic countries, and require from the applicant at least a professional guarantees (as is the case in any private enterprise). This procedure only slightly ties the hands of the Executive power, however, is pushing her to find the most suitable candidate for a particular post, which is good.

“Production system” originated in the USA in the XIX century. It implies a systematic change of all leadership positions in the administration (both Federal and state) at the election of the new President.

As follows from this expression, party-winner rakes in the loot. Initially, when democracy was still under construction, the system was designed to ensure new power levers, the relevant of sociology of the winning party.

However over the years the system has led to such excesses in terms of politicization and cronyism that Americans (contrary to popular us belief) has decided to put in her order.

Today, at the Federal level it is only a few thousand high-ranking officials, many of which resemble “positions are at the discretion” of the French government. The main difference of America is that change is bigger and there are automatic after each election.

Loyalty above all else

Whether to introduce such a system? Everything would be simpler and clearer, some would say. The new majority would have had all the levers of the Elysee Palace, the government, the National Assembly and the loyal supporters in key leadership positions.

Someone even offers to go further and to sink to the level of the heads of the second link, to which people came at the end of a long career: chief of service, Deputy Director, head of Department. By the way, similar trends are observed in some decentralized administrative entities, which are known to be “freely govern themselves”, and sometimes abuse it. Many territorial officials today expressed dissatisfaction with the system, and Paris often incurs the criticism of her.

If we succumb to this temptation, you will most likely not come to USA and to countries that are better not to list: France, involuntarily, would have progressed to the unenviable status of a banana Republic. We copied the American model, but without the existing balances in Congress and federalism. We have borrowed she would be just the worst, deepening our own weaknesses. Professionalism would have rolled down, and the interests of citizens and the quality of our democracy would suffer a serious blow.

France’s highest administrative circles represent the arms of the Executive power, the transmitter signals the entire state apparatus. Senior officials are considered to be mostly professionals and loyal employees (unless demonstrated otherwise). Their task is to implement government policy, as well as the protection of the laws. Should be judged only by their qualities.

Incidentally, in the present circumstances we should emphasize the crucial role of these high-ranking civil servants, in which every day assumed more of the load. No need to further undermine their position, creating two levels of administration: the professionals, which very few are considered (and underpaid), and caste who came from the private sector “superdirector” with a privileged status in the political, material and moral terms.

In the governing circles it is possible to provide more openness to improve the understanding of the state and “civil society”. But not at the cost of efficiency in decision-making, and loosening of the principle of neutrality under the pressure of conflicts of interest.

This is the spirit of the fifth Republic. So, Philippe séguin (Philippe Séguin) as mayor, Minister and speaker of the National Assembly wanted to spit on the views of their employees if they have worked hard and effectively coped with the tasks. Sometimes he even (the principle or the spirit of contradiction) supported went against the spirit of the time trend.

He considered public service a noble cause and argued that its leadership and ordinary staff deserve respect if you behave with dignity. This is the essence of our political and democratic morality: high requirements that can help the Executive to be on top, to stay on the “interests and prejudices,” as simply and clearly said Charles de Gaulle. 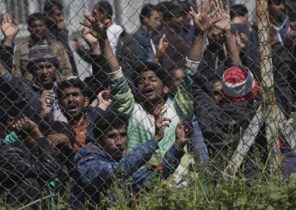 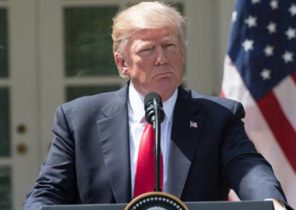